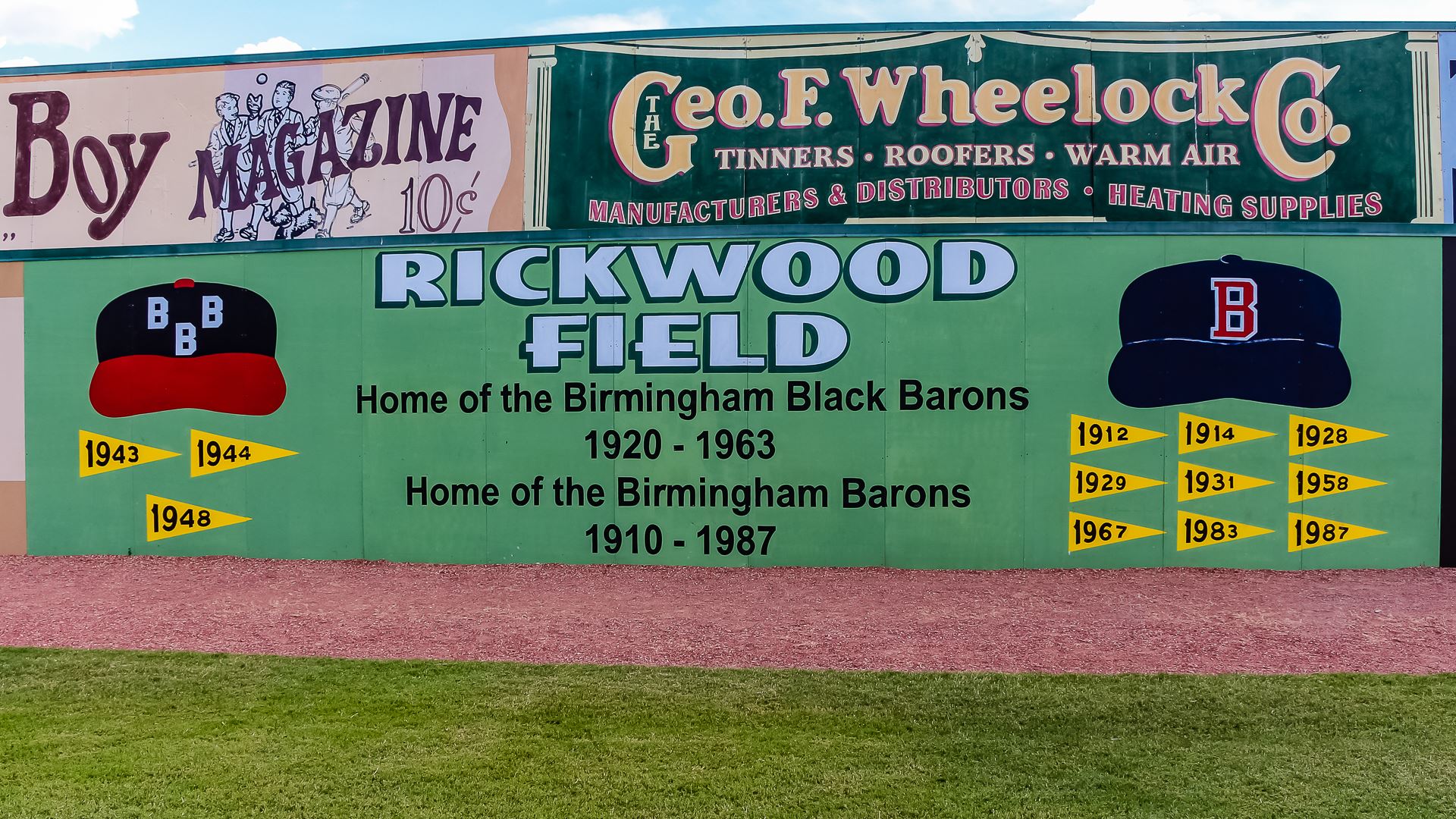 This morning we checked out of our motel in Hoover, Alabama and made the short 15 minute drive to Rickwood Field in Birmingham, Alabama to attend the 2014 Rickwood Classic. Rickwood Field is the oldest surviving ballpark in America and the Birmingham Barons play one game there each year. Today was the big day, and we were there to see it.

This was my second Rickwood Classic. I love watching a ballgame here. The ballpark’s lights don’t operate, so the games at Rickwood Field are always day games. There are no electric scoreboards, and there’s no sound system to pipe in loud and annoying music. At Rickwood Field you actually get to hear the sounds of the ballgame.