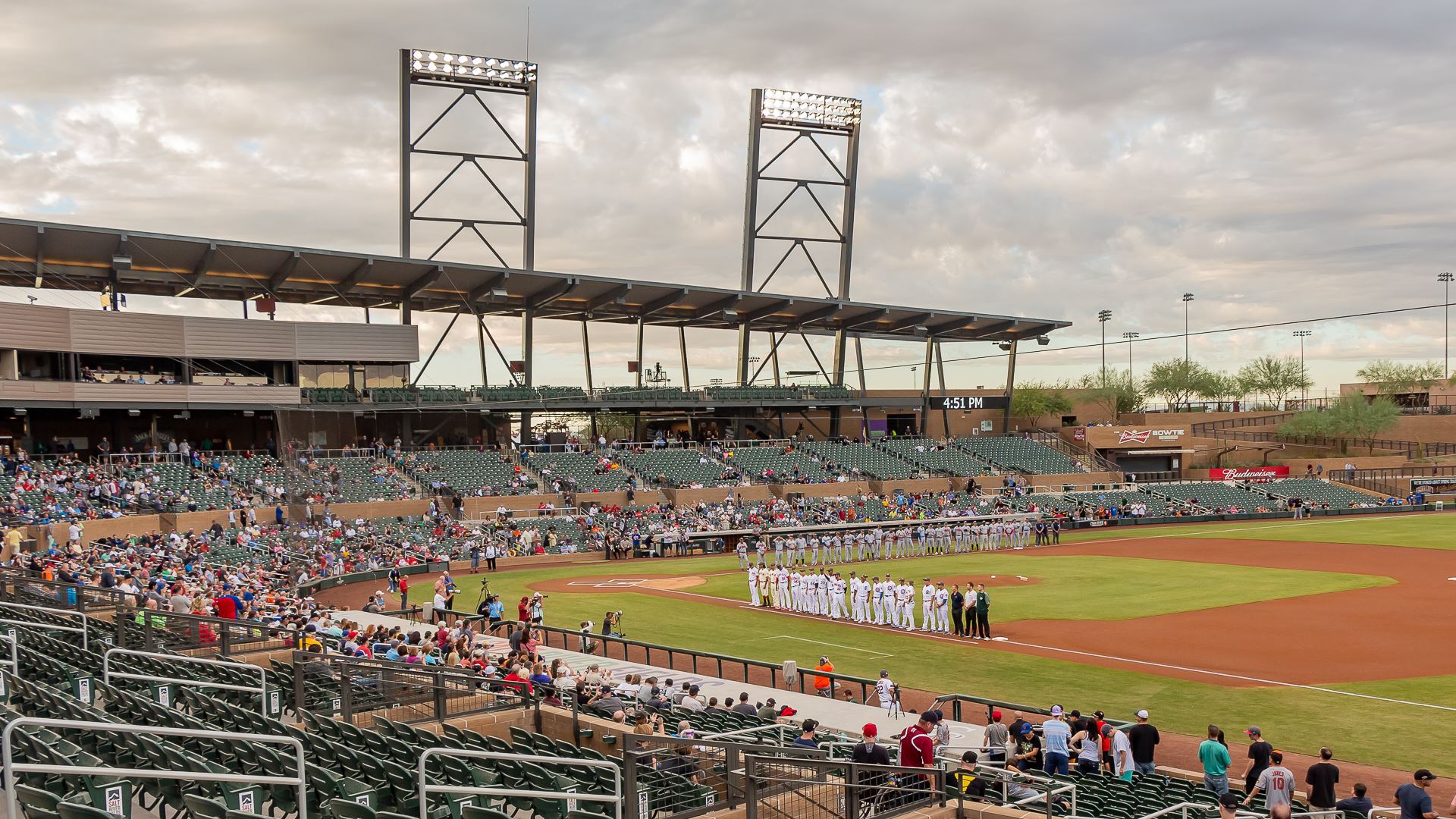 The Fall Stars game this evening was a fast paced pitcher’s duel. The East team, which was the home team, scored first with a run in the bottom of the first inning. The West team tied the game with a run in the second and took a 2-1 lead in the fifth. It looked like the West would cruise to a 2-1 win but the East erupted for 3 runs in the bottom of the eigth and won the game by a final score of 4-2. The duration of the game was 2 hours 27 minutes. Box Score

Victor Robles, the center fielder for the East and the top prospect of the Washington Nationals, won the game’s Most Valuable Player honors. Robles had a hit, a walk, a stolen base, an RBI, and scored twice. The general consensus of the scouts is that Robles is the top prospect in the entire Arizona Fall League. He certainly played well tonight.