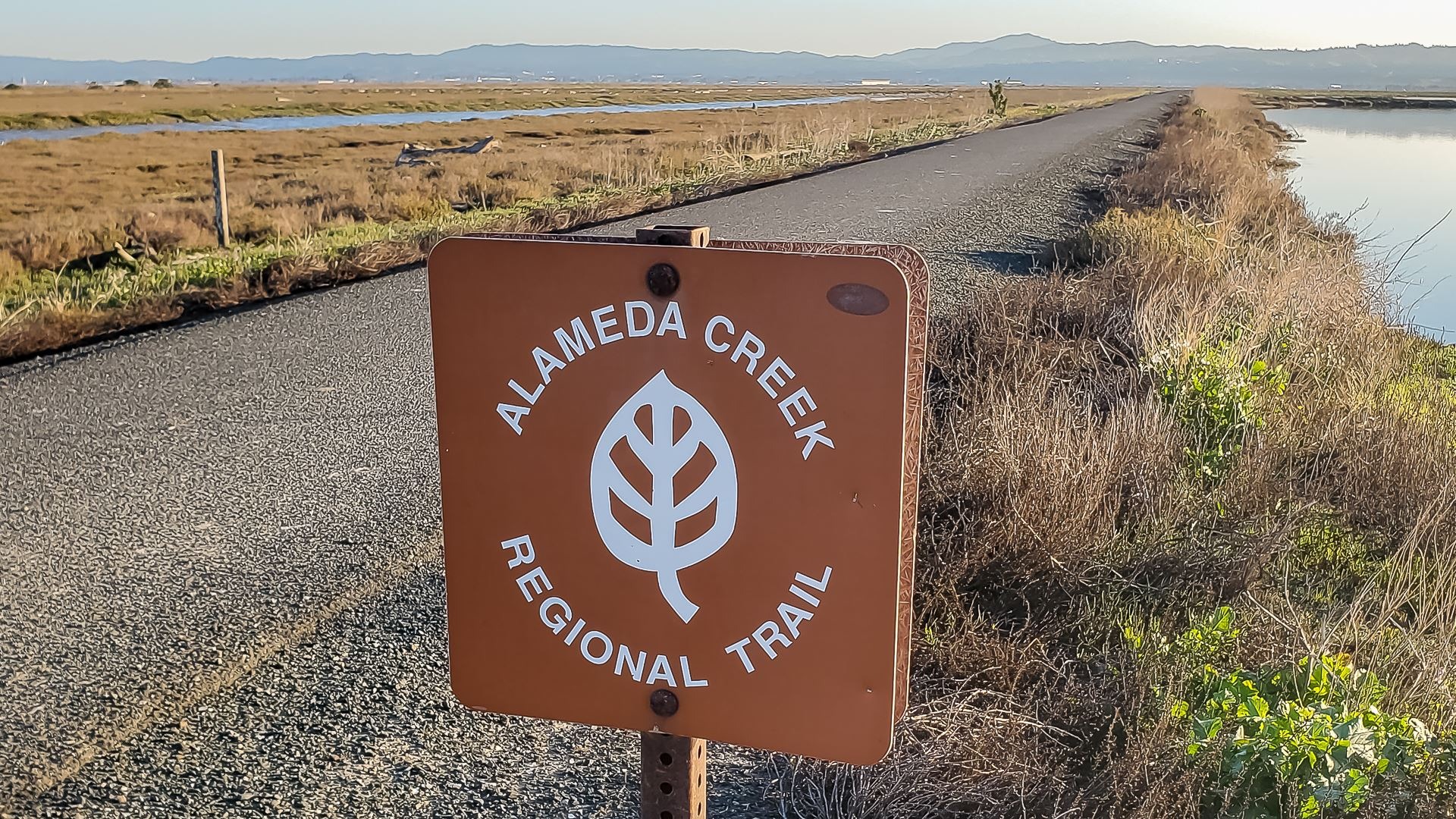 My brother Mark and I rode our ElliptiGo bikes on the Alameda Creek Trail in Fremont this morning. We got an early start today and we were rolling on our bikes at sunrise.

We began today’s ride at the eastern end of the Alameda Creek Trail, at the Niles Canyon Staging Area. We rode west along the entire length of the trail, which is 11.2 miles long, to reach the western end of the trail on the San Francisco Bay shoreline. From there, we turned around and rode east on the same route for 11.2 miles to return to our starting point.

With our sunrise start to today’s ride, we avoided crowds on the trail and we avoided the strong winds that are typical later in the day. The skies were clear, the temperature was 48 degrees, and there was almost no wind.

At 22.4 miles, this was my longest ElliptiGo ride yet. I’ve ridden further on a traditional road bike, but before today I’d never ridden 20 miles on the ElliptiGo on a single ride.

I captured video of today’s ride with a GoPro camera mounted on my handlebar. The video features the first half of today’s ride only, which was the westbound segment. I didn’t bother capturing video of the eastbound segment because the morning sun would have been shining directly into the camera lens. The video that I’m sharing below shows the entire 11.2 miles of the westbound ride, but at eight times the real speed – so the video lasts about 6 minutes. There is no sound. Here is the video: