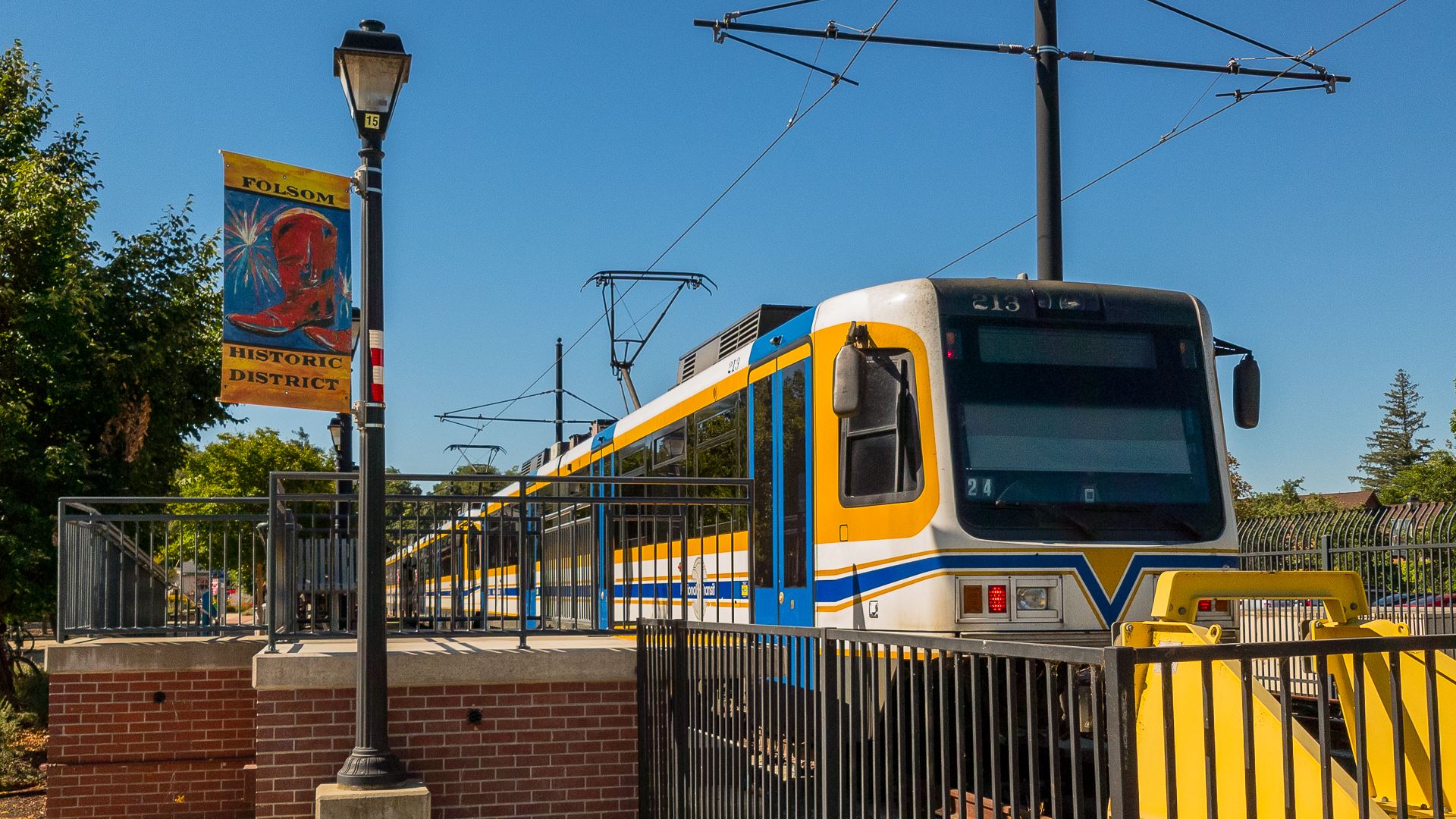 This morning, my brother Mark and our friend Dave and I rode our bicycles for 30 miles from Folsom to Sacramento on the American River Bike Trail. We’d been planning this ride for almost a month and today was the big day.

We planned our ride for a weekday to avoid the heavy weekend crowds on the bike trail and to get an early start. If we were to ride on a weekend, we’d have to wait until almost 9:00 AM for the first eastbound Amtrak train of the day to Sacramento. By riding on a weekday, we were able to board a train shortly after 6:00 AM.

The weather in Folsom and Sacramento is notoriously and uncomfortably hot on almost every summer day, but we were quite fortunate today to have mildly warm weather for our bike ride. Just 4 days ago Folsom was sweltering in 108 degree heat that would have made a bicycle ride insufferable, if not impossible. Today, the high temperature in Folsom was surprisingly mild at 88 degrees while in Sacramento it was only 85 degrees.

An early start is helpful because it allows for a bike ride during morning hours when temperatures are cooler and strong headwinds are uncommon. Riding on a weekday is an easy choice for me because I’m retired and my time is my own, but Mark and Dave had to take a day off from work in order to ride today. Fortunately for me, they were both willing to expend a day of vacation time for today’s bike ride.

To start our day, Mark and I departed my house in Castro Valley at 5:00 AM and drove to the Amtrak station in Martinez with our bikes on my car’s bike rack. We arrived at Martinez with plenty of time to board the first eastbound train of the day. At 6:12 AM, 2 minutes ahead of schedule, Mark and I boarded the Amtrak train with our bicycles and we were on our way to Sacramento.

Our Amtrak train moved slowly as it left Martinez. We arrived at the Fairfield station, where our friend Dave brought his bike aboard and met us, about 10 minutes behind schedule. The three of us enjoyed the rest of the Amtrak ride together through Davis and on to Sacramento. We arrived in Sacramento about 15 minutes behind schedule at 7:40 AM. The delayed arrival did not bother us.

At Folsom, we started pedaling and rode the American River Bike Trail all the way back to Old Sacramento. We stopped at several points during the 30 mile bike ride to snap photos and stay hydrated. We began the ride in Folsom at 9:30 AM and we arrived in Old Sacramento shortly after 12:30 PM. Our 30 mile ride lasted 3 hours and 8 minutes and our average speed was 9.4 miles per hour, which is pretty good when you consider the number of stops that we made.

After our 30 mile trail ride ended, we had lunch at Joe’s Crab Shack in Old Sacramento. After lunch, we had less than a mile to pedal to return to the Sacramento Amtrak station where we headed home on a westbound train at 2:10 PM. Mark and I said goodbye to Dave when he left our train at Fairfield. Mark and I left the train one stop later at Martinez and then drove home. We were back home in Castro Valley at 4:30 PM.

We had a fantastic bicycle ride and a great day. The American River Bike Trail is in great shape and the scenery is excellent. We’ll do this ride again, someday.