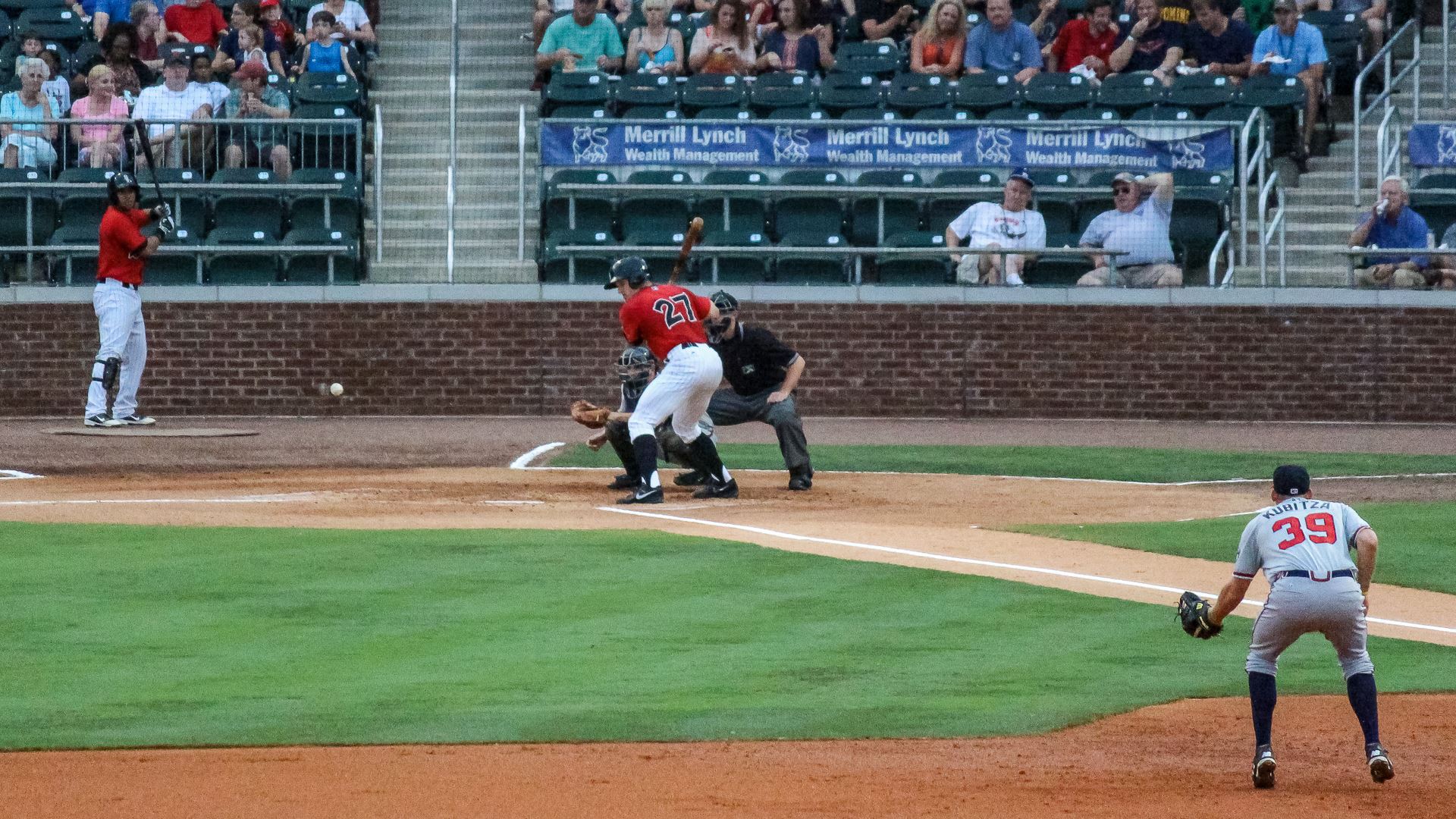 This morning we departed Pensacola and the state of Florida and headed to Alabama. When we checked out of our Pensacola motel this morning to begin our drive to Birmingham, Alabama, the humidity was so severe that my glasses fogged up when I stepped outside. We enjoyed Pensacola but we were glad to leave the severe humidity and travel to a more humane climate.

We arrived in the Birmingham metro area in the early afternoon. We checked in at a hotel in the Birmingham suburb city of Hoover, where we relaxed for a few hours. In the evening, we made the short drve to downtown Birmingham, Alabama to attend a ballgame at Regions Field.

We enjoyed Birmingham’s new downtown ballpark tonight as we watched the Birmingham Barons defeat the Mississippi Braves by a score of 6-3. Box Score