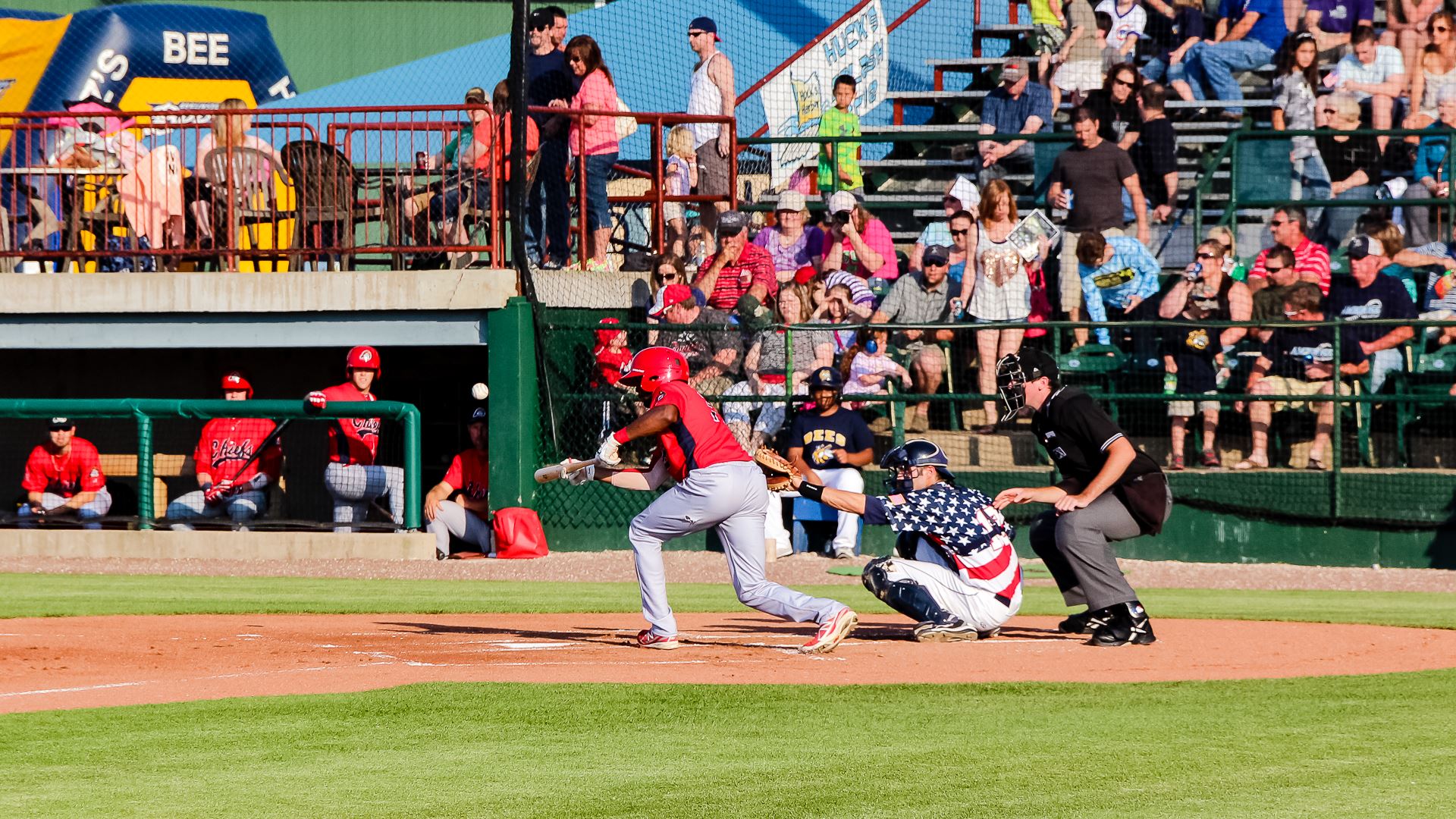 After a mid-morning visit to Antique Archaeology in LeClaire, Iowa, we began our 90 minute drive from LeClaire, Iowa to Burlington, Iowa.

Although this drive began in Iowa and ended in Iowa, almost all of the mileage was in the state of Illinois. At our starting point in LeClaire, Iowa, we crossed the Mississippi River and headed south in Illinois. We stopped for lunch in Galesburg, Illinois. When we approached Burlington, Iowa, we crossed the Mississippi River again to return to Iowa. In Burlington, we checked in at a motel and got some rest before attending an evening ballgame.

At 6:30 PM, the Burlington Bees hosted the Peoria Chiefs. Our motel in Burlington is located across the street from the ballpark, so we had a mere 3 minute walk from our motel to the ballpark’s ticket booth.

The ballgame took only 2 hours and 8 minutes to play, and that caused an unexpected problem for the Burlington Bees staff. The game ended so early that the post-game fireworks had to be delayed for 30 minutes, because the skies were not dark enough for fireworks when the game ended.

In the morning we’ll leave Burlington and head to Kansas City, Missouri.