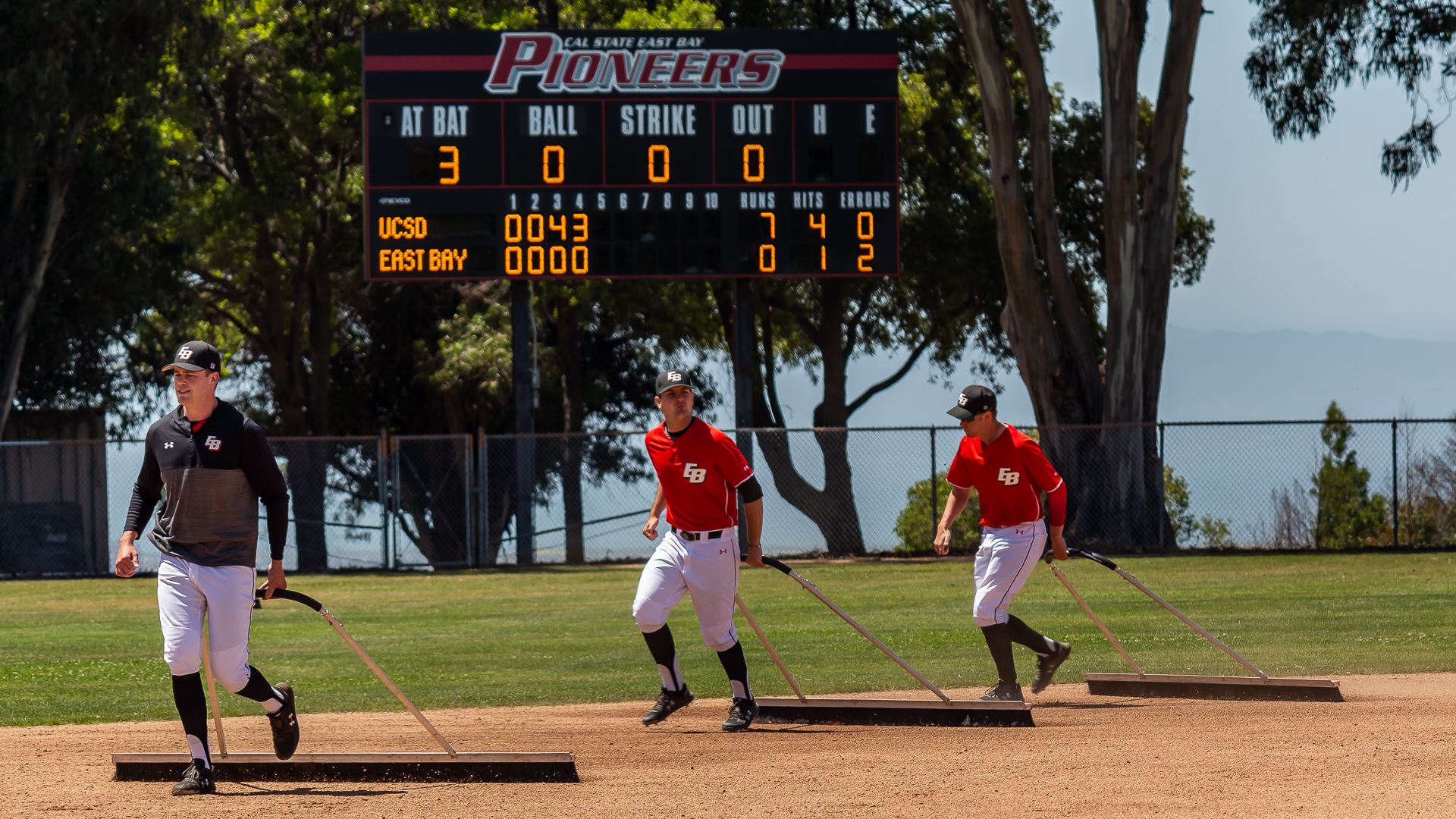 Today, for the second consecutive day, I accompanied my brother and his daughter to a ballgame. This afternoon’s game was at nearby Cal State East Bay, formerly known as Cal State Hayward. The Cal State East Bay Pioneers baseball team hosted the University of California San Diego Tritons in a doubleheader that began at noon.

We arrived on the campus at approximately 11:15 AM and made a stop at the campus bookstore to check out the school’s shirts and hats, and then we walked to the baseball diamond.

Parking is at a premium on the Cal State East Bay campus. I paid $8 for a 4 hour parking permit, which meant that we could watch the entire first game of the doubleheader but we wouldn’t stick around for the second game.

The Tritons of University of California San Diego dominated today’s action. We watched the visiting Tritons win the first game of the doubleheader by a score of 8-3. Box Score