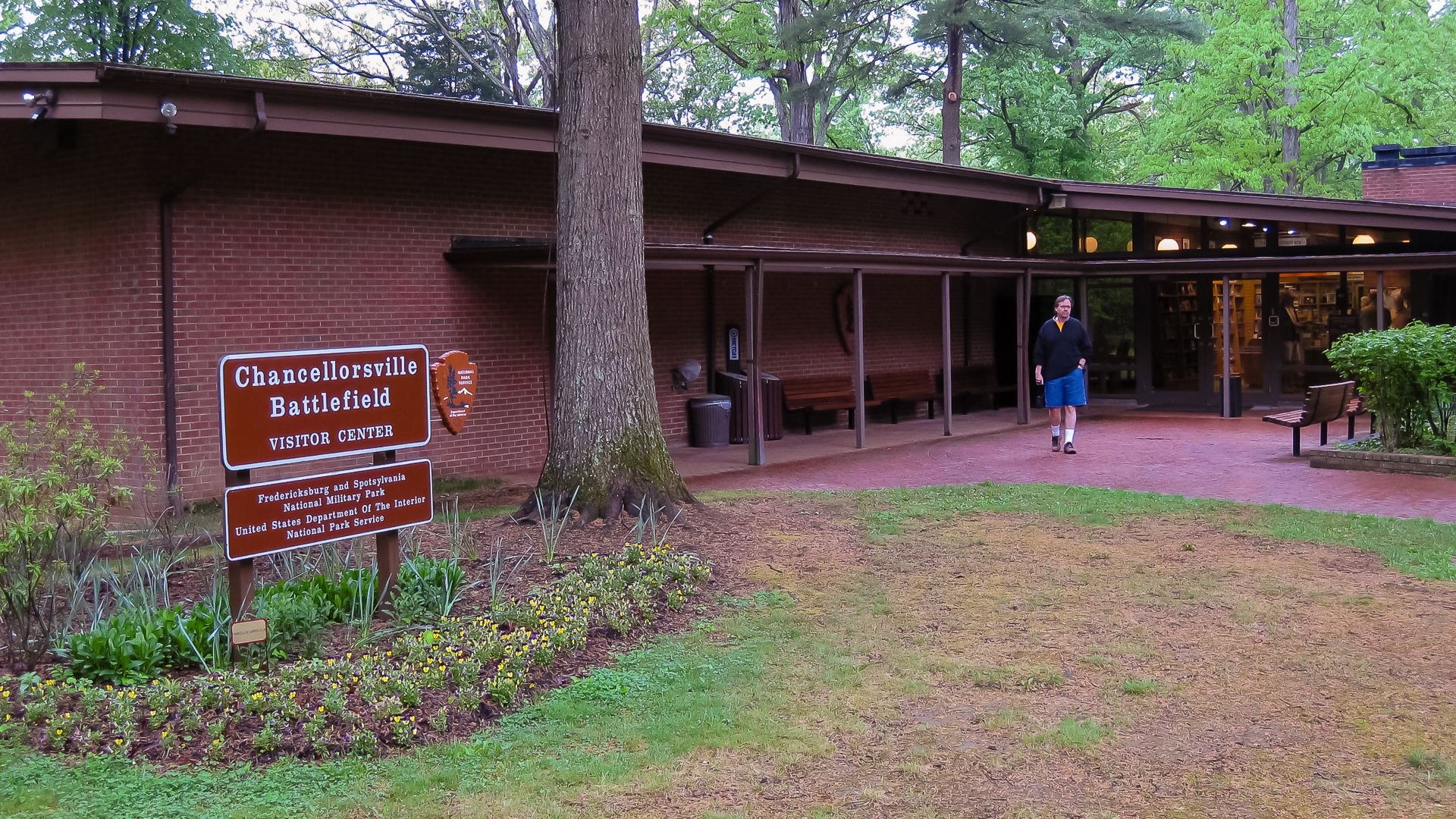 After we finished our visit to Fredericksburg, Virginia, we drove west to visit the battlefield park at Chancellorsville, Virginia.

Shortly after we began our auto tour of the battlefield, a heavy rain began pouring down on us. The rain made it tough to get good photos. The rain also discouraged us from walking to get a closer look at several of the auto tour’s recommended stops.

The steady rain washed out the afternoon baseball game that we were planning to attend when we were finished touring the Chancellorsville battlefield. Fortunately, we had a backup plan ready for a rain out. Instead of seeing a ballgame, we’d see George Washington’s home at Mount Vernon.