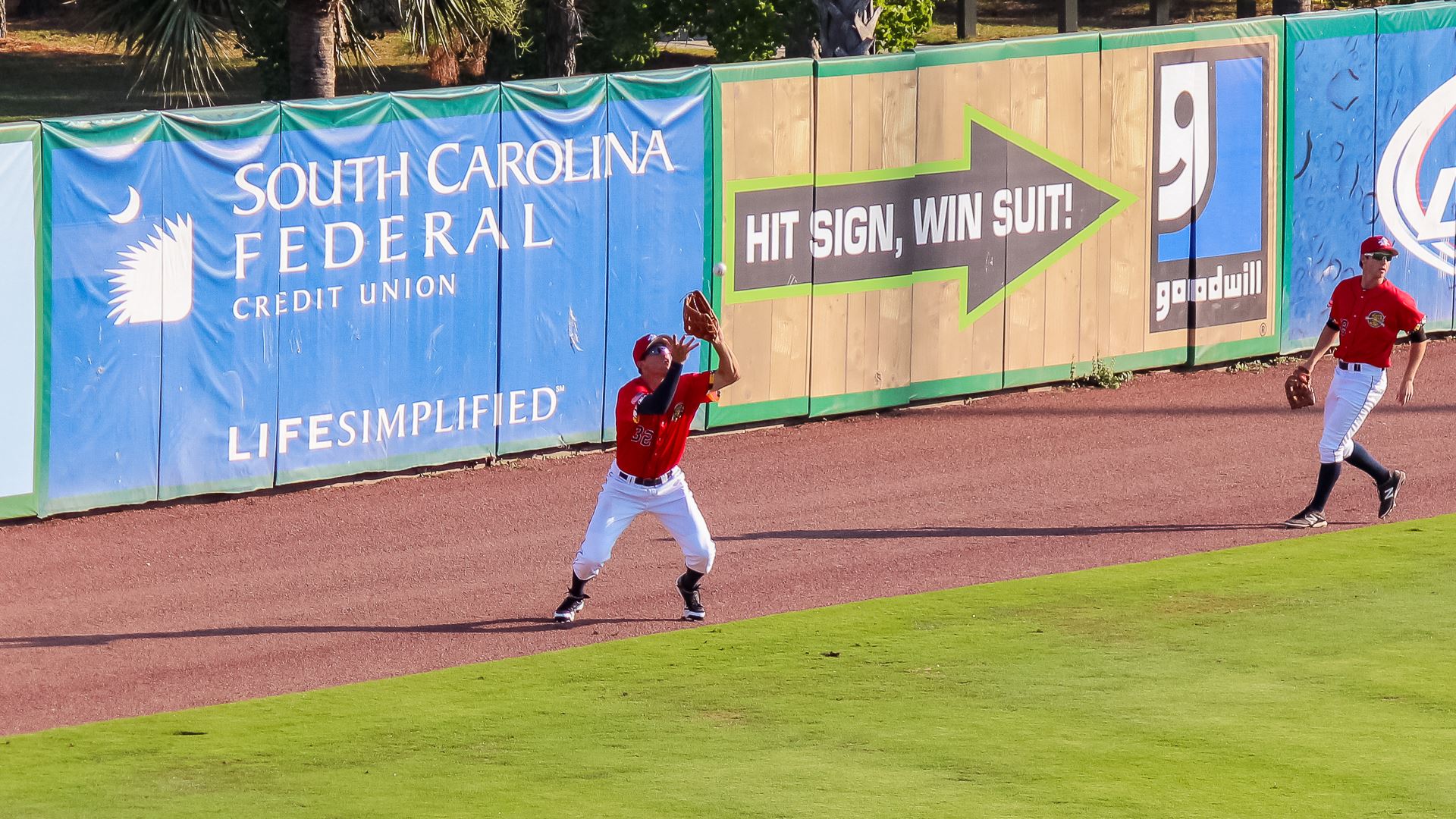 We celebrated Independence Day evening by attending a ballgame. We went to Joe Riley Park in Charleston, South Carolina to watch the Charleston RiverDogs host the visiting Rome Braves in a class A South Atlantic League game.

The game came to a rather silly end when a Charleston base runner was thrown out at home plate for the final out of the game when trailing by 5 runs. In that situation, you need several more base runners to tie the game so it makes no sense to take risks on the bases. Rome defeated Charleston 6-1. Box Score

At this ballgame, my brother Mark and niece Shannon tried a regional delicacy: Alligator Sausage! I thought I was going to puke as I watched them eat the alligator meat.