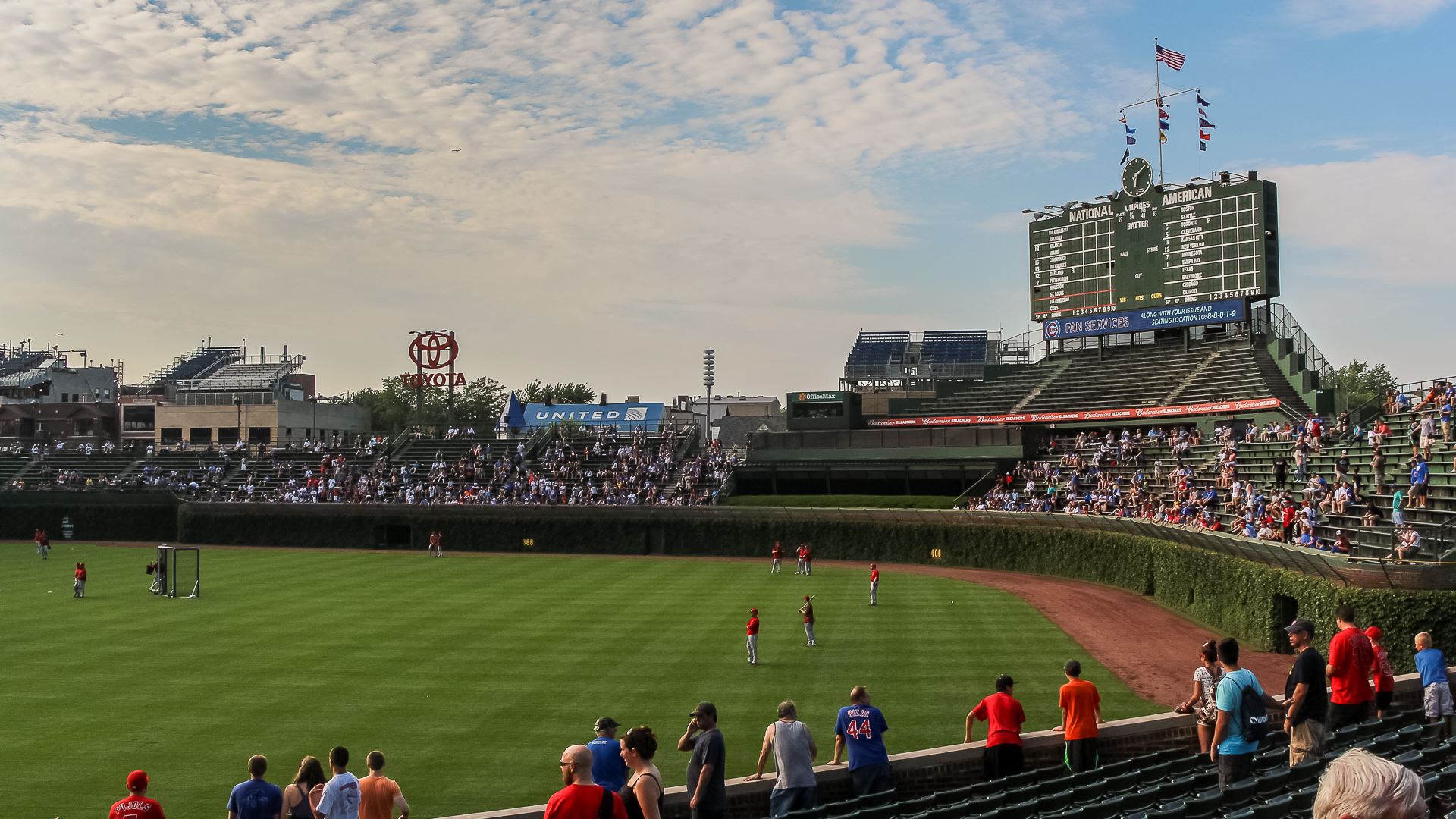 Tonight, the Chicago Cubs played host to the visiting Anaheim Angels in an inter-league game. I’m an Oakland A’s fan and the Anaheim Angels are division rival of my A’s, so I was rooting for a Cubs victory tonight. Sporadic but severe thunderstorms were in the forecast and the air was hot, humid, and heavy. Fortunately, the anticipated storms never arrived at the ballpark and we suffered no delay.

Most games at Wrigley Field are day games. Wrigley Field was the last major league ballpark to install lights for night time baseball. Unless you’re a frequent attendee of Cubs games, a night game at Wrigley is still a bit of novelty.

At 5:00 PM, we walked from our Chicago hotel to the Merchandise Mart metro station and rode the train to the ballgame. We had to transfer once, from a brown line train to a red line train, but that wasn’t a problem. Shortly after 5:30 PM, our red line train pulled into the Addison station and we were a block away from Wrigley Field. Before heading inside the ballpark, we walked a lap around Wrigley Field to take in the local sights and snap some photos.

At 6:10 PM, almost an hour before tonight’s first pitch, we entered Wrigley Field at the main gate behind home plate. Mark had been here before, but this was my first trip to Wrigley Field. It was Shannon’s first Wrigley experience, too. Realizing that our seats were on the third base line and that we’d get plenty of photos from that side of the field, our first destination upon entry was the right field corner. We wanted to get some photos there, before heading to our seats on the opposite side of the stadium. After snapping photos from the right field corner, we returned to the concourse to grab some food and drink before the concession lines grew long. Then we made our way to section 218 and settled into our seats.

We hustled back to our hotel on the red line and brown line trains. We had no time to waste because we had an 8:00 AM flight to catch the next day. That means 4:00 AM wake up calls at the hotel, 5:00 AM check out at the hotel and hailing a cab, and a 6:00 AM arrival at O’Hare for our 8:00 AM flight. With that in mind, we needed every moment of sleep we could get on this night. We were glad the Cubs made quick work of the Angels!