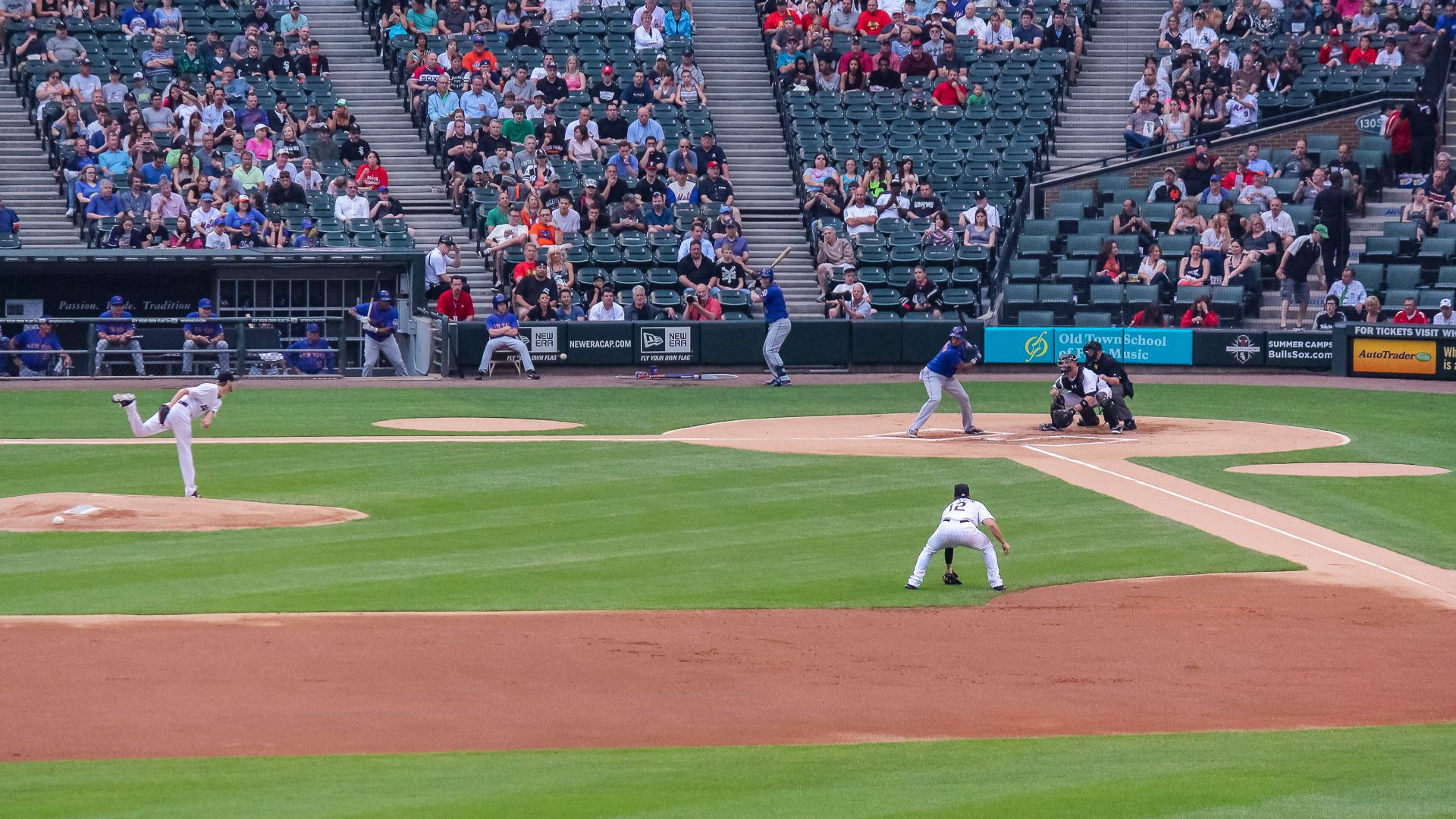 This evening we attended a Major League Baseball game at U.S. Cellular Field. The Chicago White Sox of the American League hosted the New York Mets of the National League. Heavy thunderstorms were in the forecast and light rain fell for a few moments, but the game started on time and was never delayed.

The White Sox blew a chance to win the game in the top of the ninth. The Sox held a 4-3 lead with the Mets batting the in the top of the ninth, and the Mets had a runner on second with 2 outs. So the Mets were down to their final out. The Mets batter hit a routine pop up on the infield that should have been the last out of the game. However, the White Sox failed to catch the pop up. The ball fell to the ground, and the Mets baserunner hustled and scored the tying run from second base.

The drama with the botched pop up merely delayed the outcome. The White Sox scored a run in the bottom of the ninth to win the game. The final score was Chicago White Sox 5, New York Mets 4. Box Score

Tomorrow, we’re leaving Chicago and heading to Michigan. In a couple of weeks, at the end of this vacation, we’ll return to Chicago and attend a Chicago Cubs game.