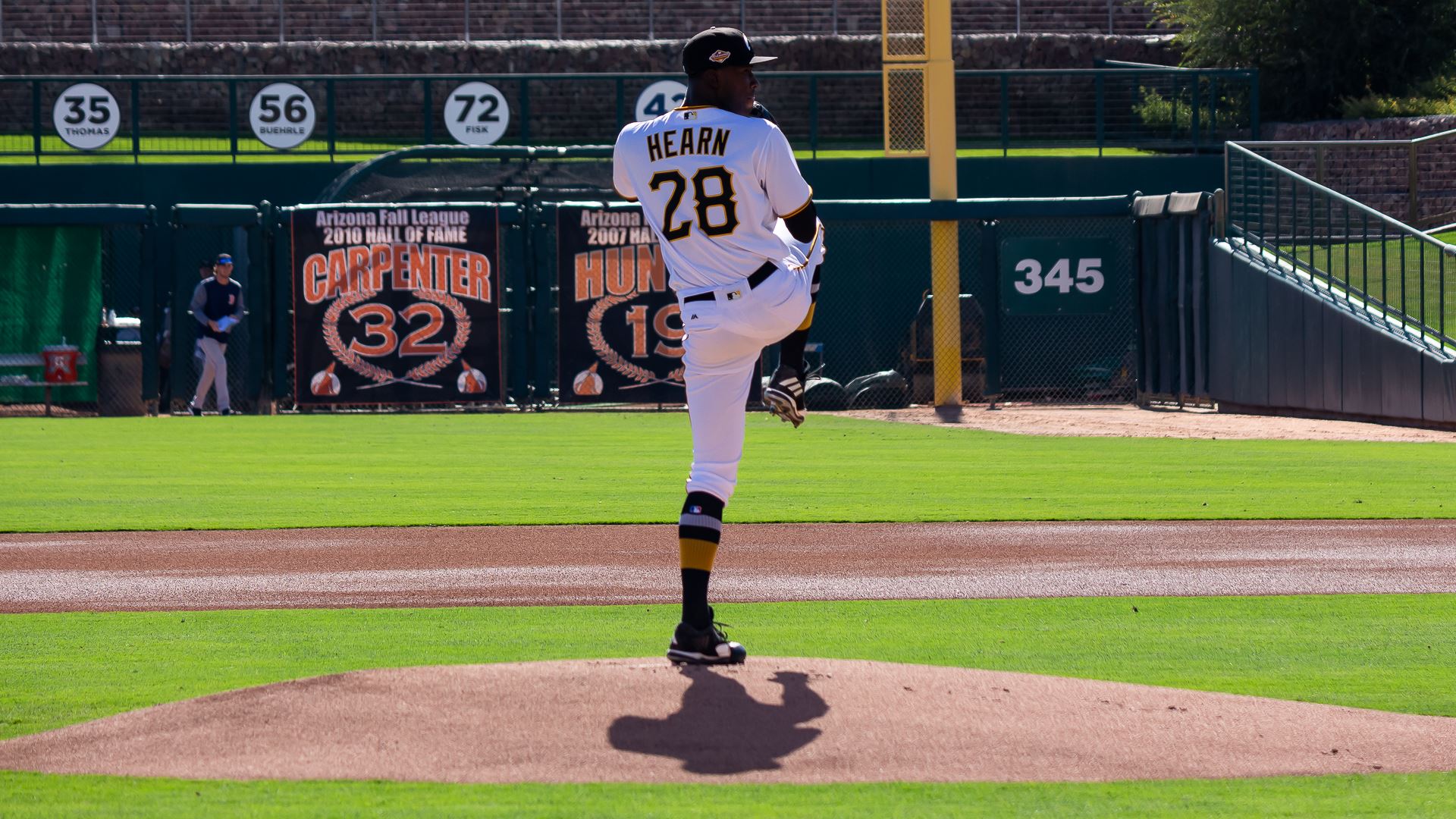 This morning I made the 40 mile drive from my Scottsdale hotel to the Camelback Ranch sports complex to attend an Arizona Fall League game. The Glendale Desert Dogs hosted the Peoria Javelinas at 12:35 PM.

Camelback Ranch is the spring training home of the Chicago White Sox and Los Angeles Dodgers. Both of those teams have separate office buildings on the site, and they each have several baseball diamonds of their own on the site too, but the two teams share the stadium. The stadium also serves as the home field of the Glendale Desert Dogs of the Arizona Fall League.

I’d never been to Camelback Ranch before today, so I arrived at the ballpark an hour before the first pitch. That turned out to be a nice move. During the last 30 minutes leading up to the first pitch, I struck up a conversation with the only person that was seated anywhere near me. I didn’t know it at the time, but that person was former San Francisco Giants pitcher Byran Hickerson. Byran is the current pitching coach for the Altoona Curve minor league team in the Pittsburgh Pirates system.

in today’s ballgame, Peoria trailed Glendale 3-1 when they came to bat in the top of the sixth. Peoria scored 3 times in the sixth to take a 4-3 lead, and neither team scored again. The Peoria Javelinas defeated the Glendale Desert Dogs by a final score of 4-3. The game’s duration was a mere 2 hours and 27 minutes. Box Score

During this 7-day vacation I’ve attended ballgames at 5 of the 6 Arizona Fall League facilities. I’ve seen ballgames at Surprise, Scottsdale, Peoria, Salt River, and Glendale. Tomorrow, I’ll complete the circuit when I attend a game in Mesa. None of the Arizona Fall League ballparks are bad, but some are better than others. So far, the Camelback Ranch stadium in Glendale is my favorite. The seats there were by far the most comfortable, and the excellent signage on the grounds made things very easy for a first-time visitor.