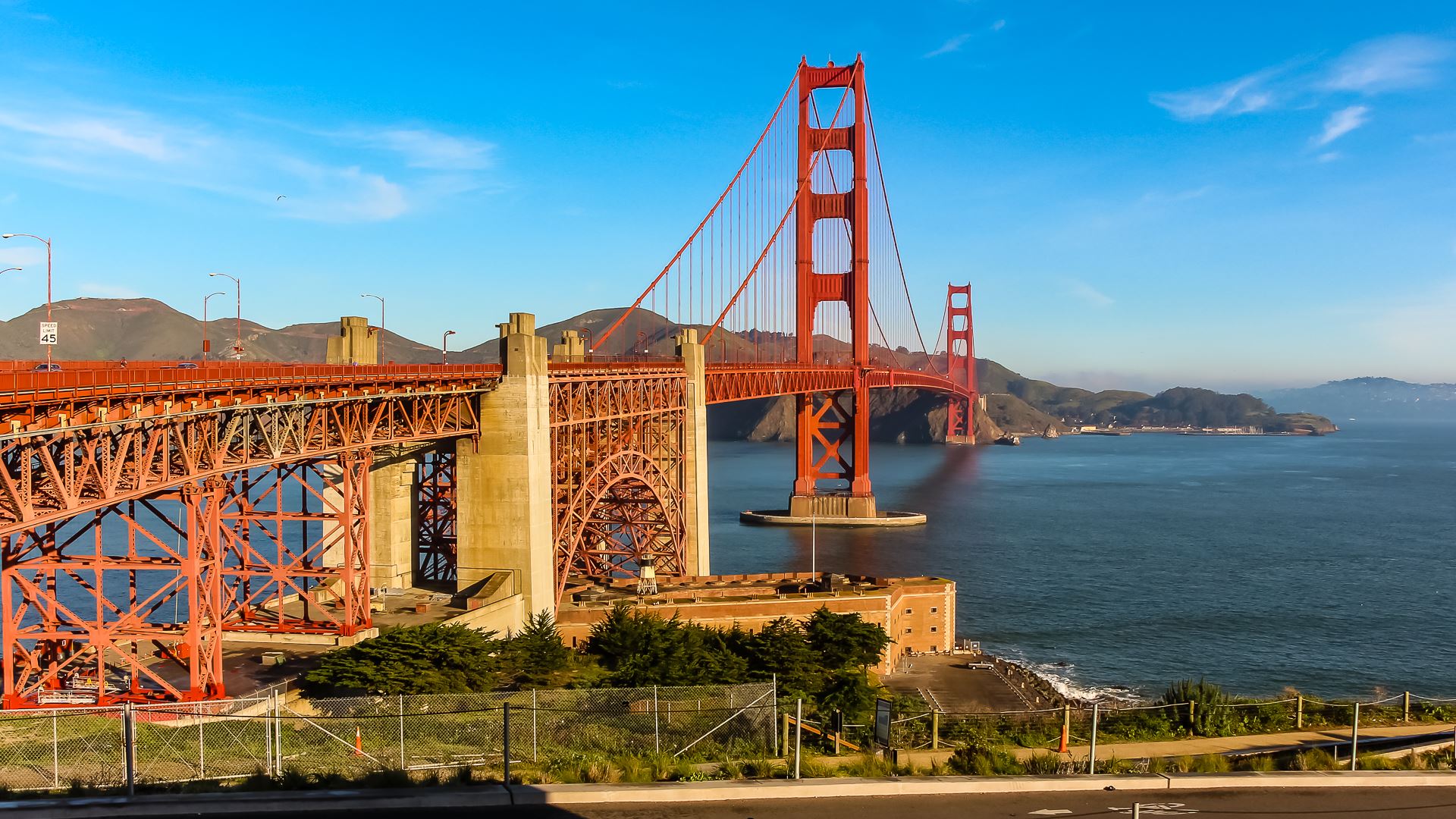 This early morning’s weather on the bridge was clear, sunny, and crisp. I was surprised that I didn’t have much company on the bridge’s pedestrian path. Aside from an occasional jogger or bicyclist, I had the walkway to myself.

The morning sun was a big problem for photography from the Marin Headlands. I’d like to return here on another day, during early afternoon hours, when the sun will not be directly behind the bridge.

When I left the Marin Headlands, I drove north on U.S. 101 and then used the Richmond-San Rafael Bridge to return to my East Bay home.

On this morning I drove across 3 of the San Francisco Bay’s bridges: The Bay Bridge, the Golden Gate Bridge, and the Richmond-San Rafael Bridge.