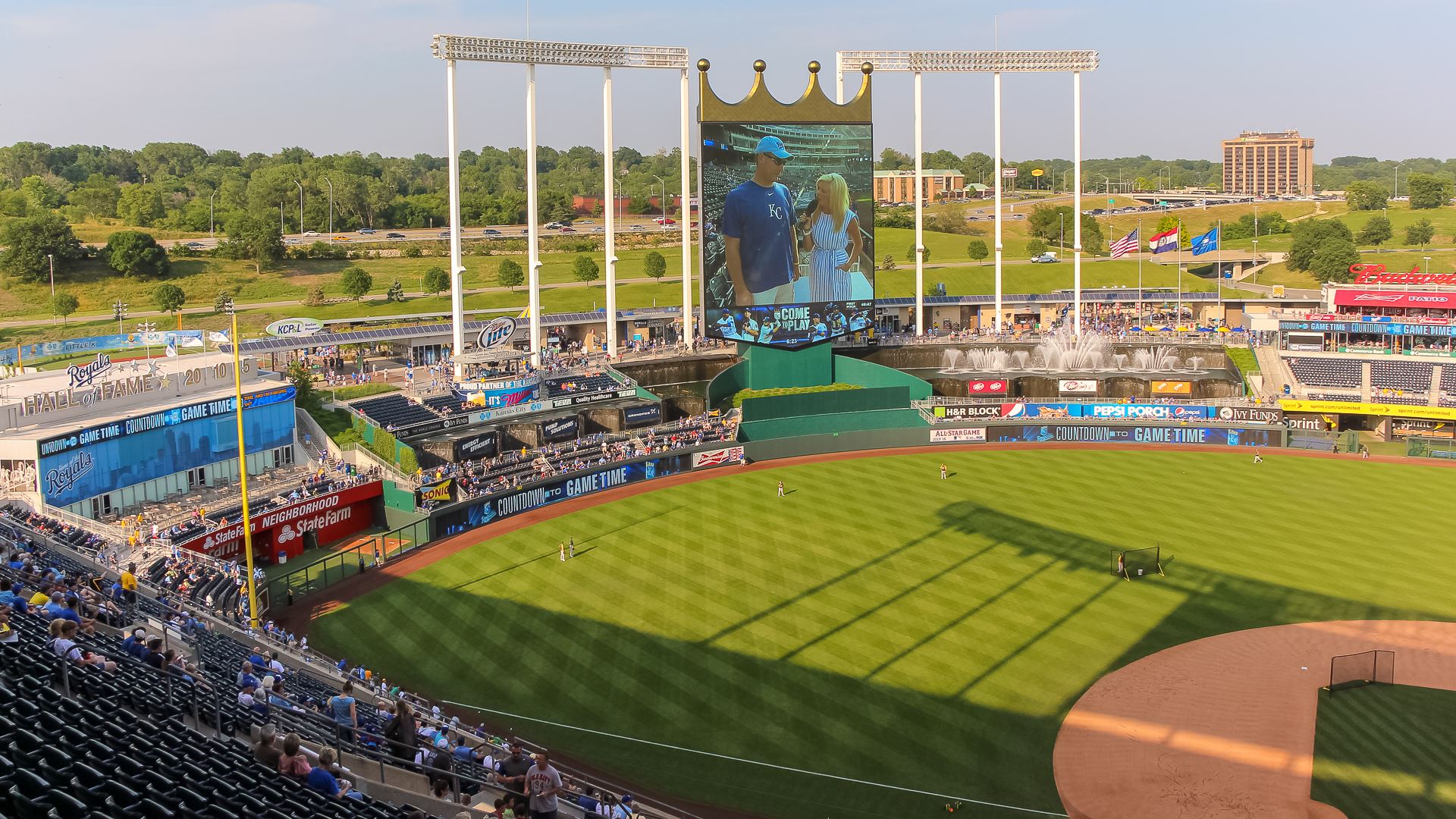 We’re attending a major league baseball game in Kansas City, Missouri tonight. Our hometown team, the Oakland A’s, is in Kansas City to play the Royals in a three game series this weekend. We’ll see the first game of the series, tonight, at Kauffman Stadium.

When my brother Mark and I last attended a ballgame in Kansas City, it was 1976. In 1976 the playing surface was artificial turf, the name of the stadium was Royals Stadium, and the A’s and Royals were divisional rivals in the American League West. None of those things hold true today. Baseball has changed a lot during the last 40 years.

In tonight’s ballgame in Kansas City, the A’s scored in the third inning to take an early lead. The A’s tacked on a few more runs and held a 6-0 lead as we headed to the bottom of the ninth. The Royals, dormant for eight innings, chipped away in the ninth with 3 runs before the A’s stopped the rally. The Oakland A’s defeated the Kansas City Royals, 6-3. Box Score

We’d love to stick around for the final 2 games of this A’s vs. Royals series on Saturday and Sunday, but we must leave for St. Louis on Saturday morning.