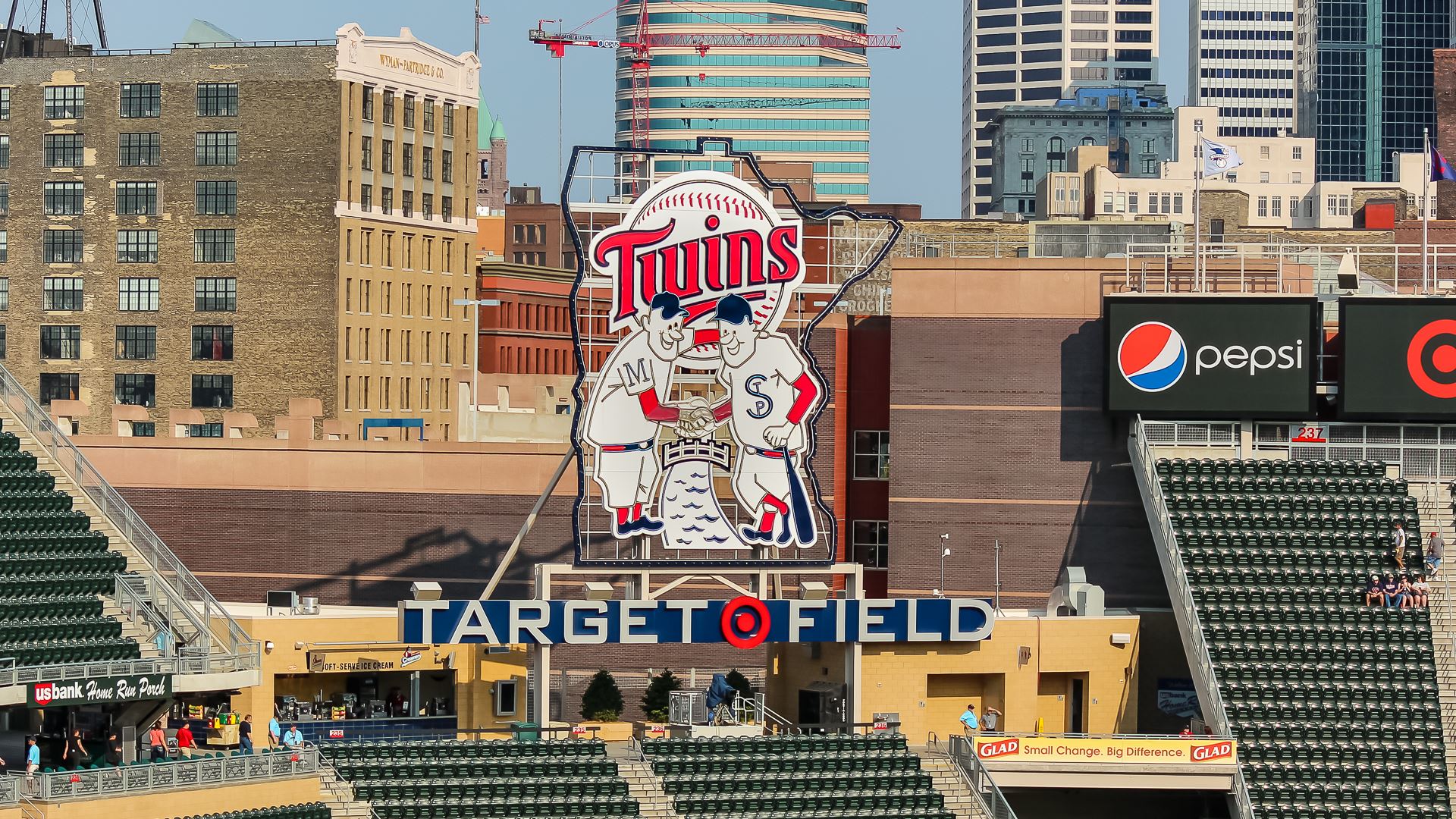 This evening we hopped on the Blue Line commuter train at the Mall of America in Bloomington, and rode the train to Target Field in downtown Minneapolis to see the Minnesota Twins host the New York Yankees. The train ride to the ballpark lasted about 35 minutes. We arrived at Target Field an hour before game time. We grabbed some ballpark food for dinner and then settled in to our seats.

Target Field opened in 2010 to overwhelmingly positive reviews, so we were looking forward to seeing a ballgame here. Tonight the Minnesota Twins hosted the New York Yankees.

The Twins battled the Yankees well for 6 innings tonight, but the Yankees pulled away in the late innings. The Minnesota bullpen was horrible, and the Twins made a handful of defensive mistakes that they couldn’t overcome. The Yankees defeated the Twins, 10-4. Box Score

I bought the tickets for this game months ago, fearing that the game might sell out and that tickets wouldn’t be available on the day of the game. However, even with the infamous Yankees in town, the Twins and Target Field aren’t the big draw that they were a few years ago. The Twins have been pretty lousy for a few years now and the attendance has slipped. Tonight, we sat in an upper deck section that contains 14 rows, and the top 8 rows were completely empty.

After the game, we rode the commuter train back to our hotel at the Mall of America in suburban Bloomington. In the morning, we’ll check out of our hotel and begin our drive to Iowa.