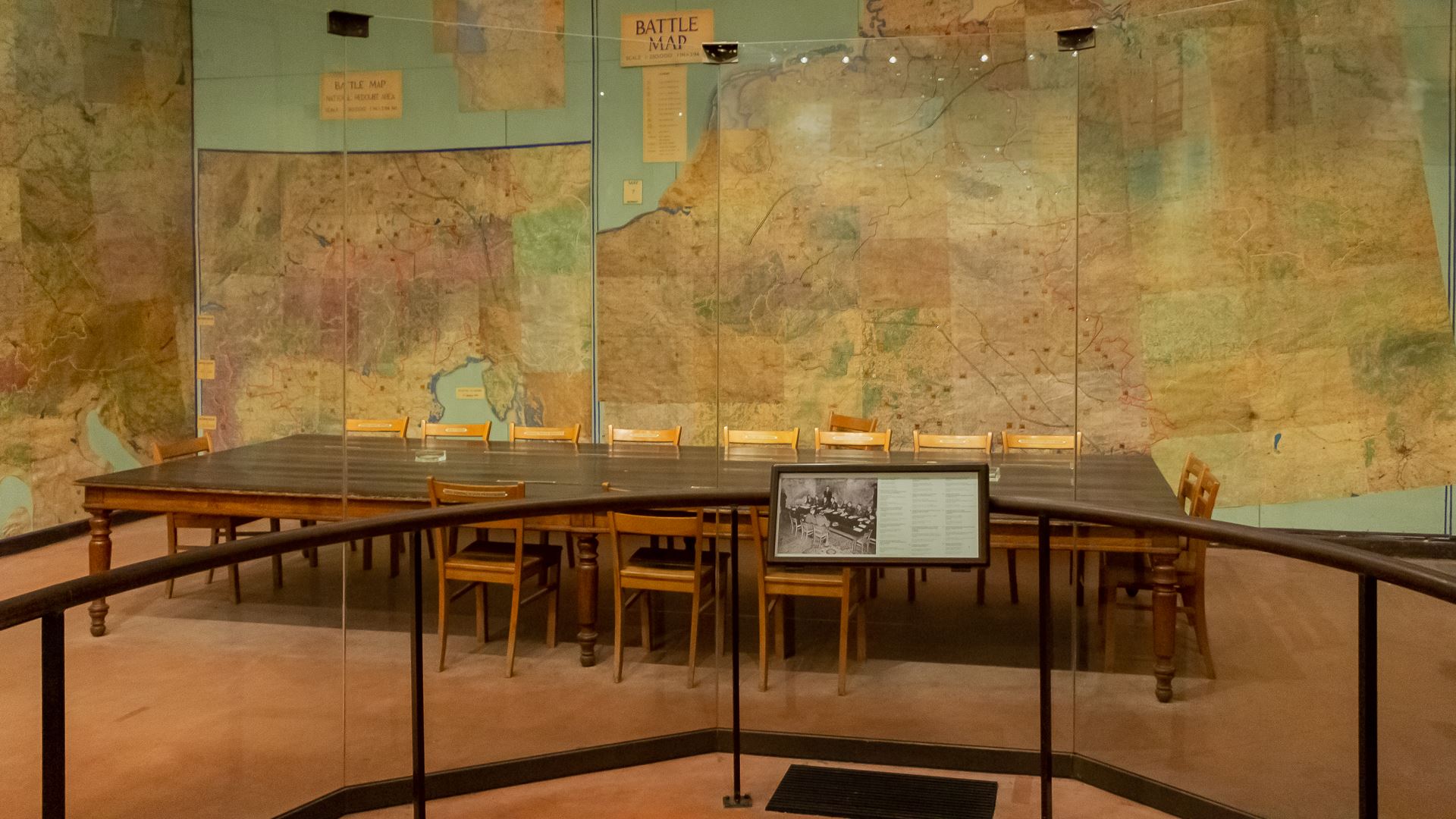 Our second stop of the day was the Museum of Nazi Surrender, known by the French as the ‘Musee de la Reddition’, in Reims.

When Nazi Germany surrendered unconditionally to the Allies on May 7, 1945, the German representatives signed the instrument of surrender in General Eisenhower’s headquarters in Reims. This historic site has been preserved and it is now a museum. You can walk into the room in which the famous surrender took place. Here is a blurb from the museum’s web site:

On Monday, 7 May 1945 at 2.41 am in the War Room of General Eisenhower’s supreme headquarters (S.H.A.E.F.), which occupied part of what was Reims’ technical college, the Allied Forces put an end to the Second World War in Europe by obtaining the unconditional surrender of the Third Reich’s armed forces. This momentous news was broadcast simultaneously the following day, 8 May, at 3 pm in the capital cities of the allied nations. The site was subsequently turned into a museum in 2005, including its Salle de la Signature (Signing Room), which has remained intact.

Most people that visit Reims flock to the famous catherdal, where France’s kings were crowned, without realizing that this historic World War II surrender museum is also located in Reims.

We spent about an hour in the ‘Musee de la Reddition’ and then we began our drive to Compiegne.