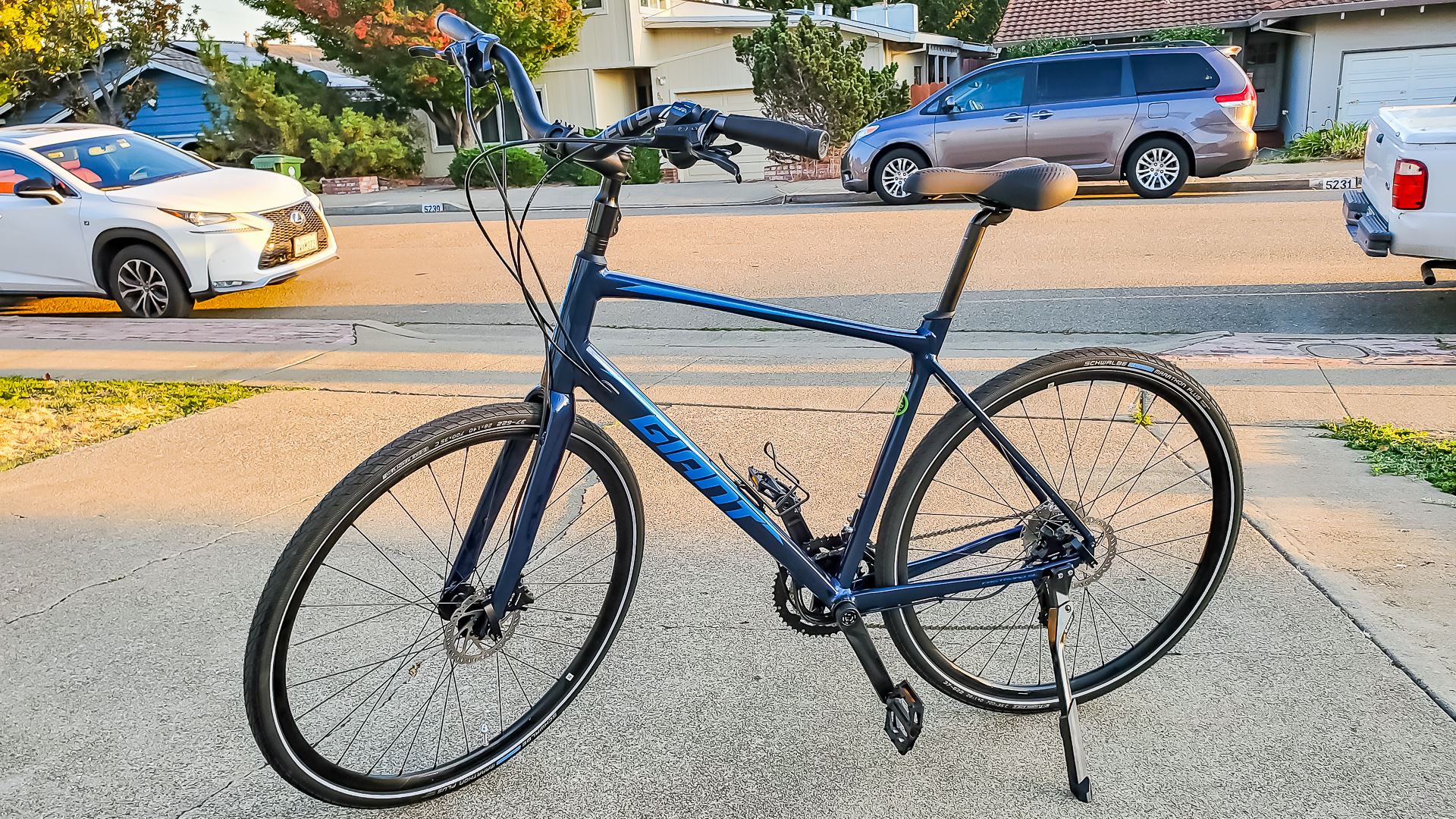 Last week I ordered a new road bicycle at Dublin Cyclery, which is a local bike shop in a neighboring city. The new bike is a Giant Fastroad SL 2.

The boys at Dublin Cyclery placed my order with the bike manufacturer (Giant Bicycles, built in China) and told me that I’d probably have to wait about 3 weeks for the bike to be ready for me, which was fine with me. Five days later, I was pleasantly surprised when Dublin Cyclery called to say that my bike was assembled and ready for me to pick up.

Why was the expected 3 week wait reduced to 5 days? Another customer at Dublin Cyclery ordered a new bike from Giant on the same day that I did, and that customer shelled out extra money to get a rush delivery for his bike. Apparently, Giant included my bike with that other customer’s rush order simply because both bikes were shipping to Dublin Cyclery.

I visited Dublin Cyclery today to pick up the new machine. I also had the bike shop slap on a water bottle cage, kickstand, and a few other minor accessories.

I was expecting tubeless tires on this new bike because that’s what Giant indicates on their web site, but the new bike has tubed tires. Apparently, the U.S. tariff war with China has complicated things and Giant is no longer shipping tubeless tires with all of their new 2020 road bicycles. This was not a deal breaker for me.

I’ve never owned a bike as light as this new Giant Fastroad SL 2. I’m looking forward to breaking it in and taking it on some trail rides.