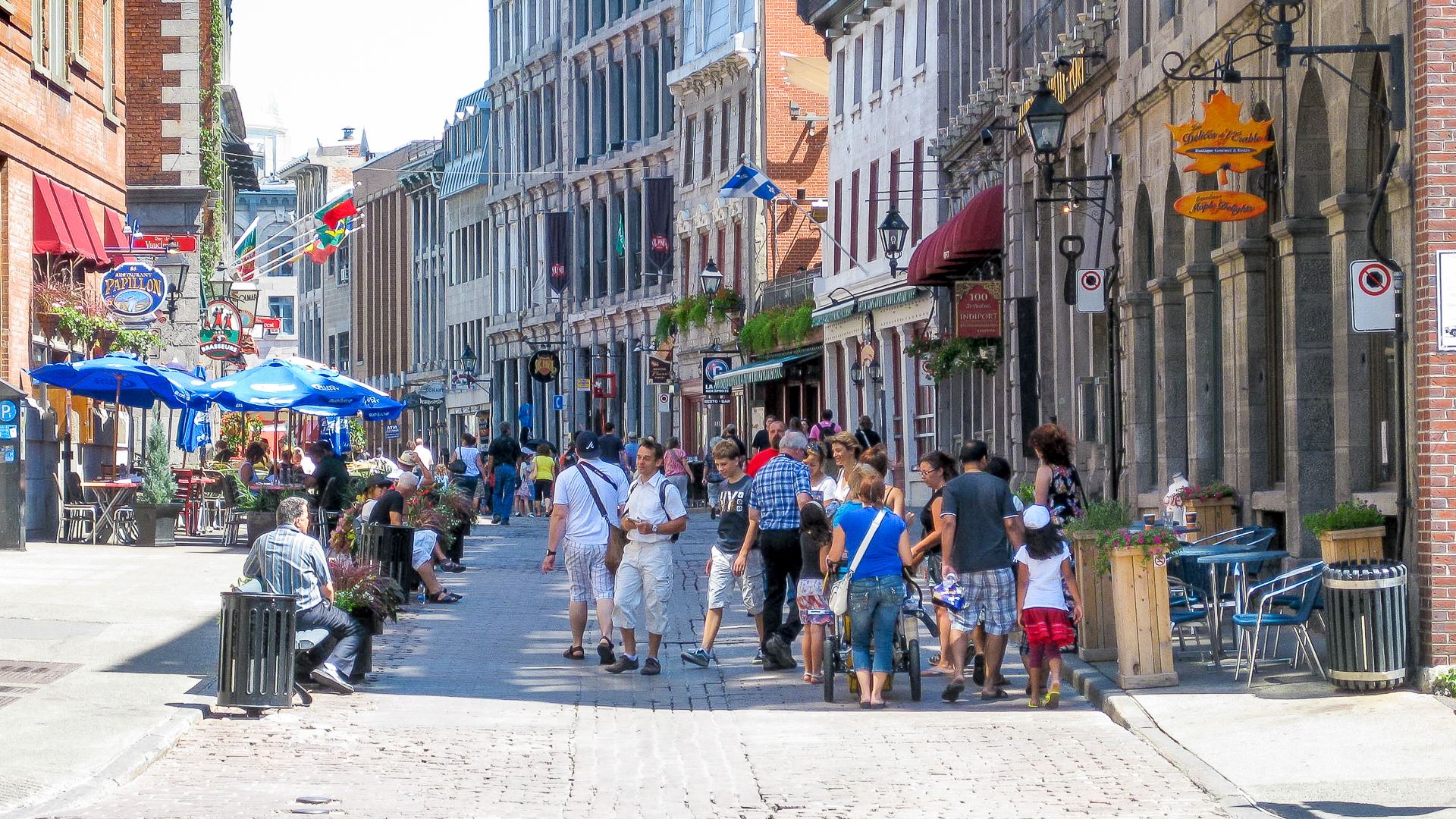 There were almost 20 people taking the morning tour of the east side of Old Montreal. We were joined by tourists from Argentina, England, and several fellow Americans.

I regret that I do not remember our tour guide’s name because he was tremendous. He was an entertaining storyteller and a walking encyclopedia of Montreal and Quebec history. It was obvious that he has great passion for his job and for the city of Montreal.

Our guided walking tour of the east side of Old Montreal took us through Rue St. Sulpice and Rue St-Paul. We’d also see Montreal’s City Hall, Place Jacques Cartier, Champs de Mars, and Marche Bonsecours during the eastern half of the walking tour.

During the 1 hour break between the 2 walking tours, we stopped at Place Jacques Cartier to buy some bottled water. The weather was warm and somewhat humid, so it was important to stay hydrated during today’s walking tours. Then we stopped for a quick lunch at a McDonalds at Rue Notre-Dame and Boulevard Saint Laurant. From there, we had only 2 blocks to walk to return to Place d’ Armes where our tour of the western half of Old Montreal began.

The west end of Old Montreal is the heart of the old financial district. A lot of Canada’s banking and financial industry has left Montreal and settled in Toronto, so there are quite a few empty buildings in west Old Montreal.

At end of our walking tour, we caught a cab to return to our hotel in the downtown district. We had a long day of sightseeing and walking in the humid sunshine. Shannon wasn’t feeling well this afternoon, and we were all pretty tired, so we didn’t go out on the town this evening. Fay and I made a quick walk to a nearby restaurant and brought dinner back to the hotel for the 4 of us, so we had dinner together in our adjoining hotel rooms and then we relaxed for the rest of the evening.