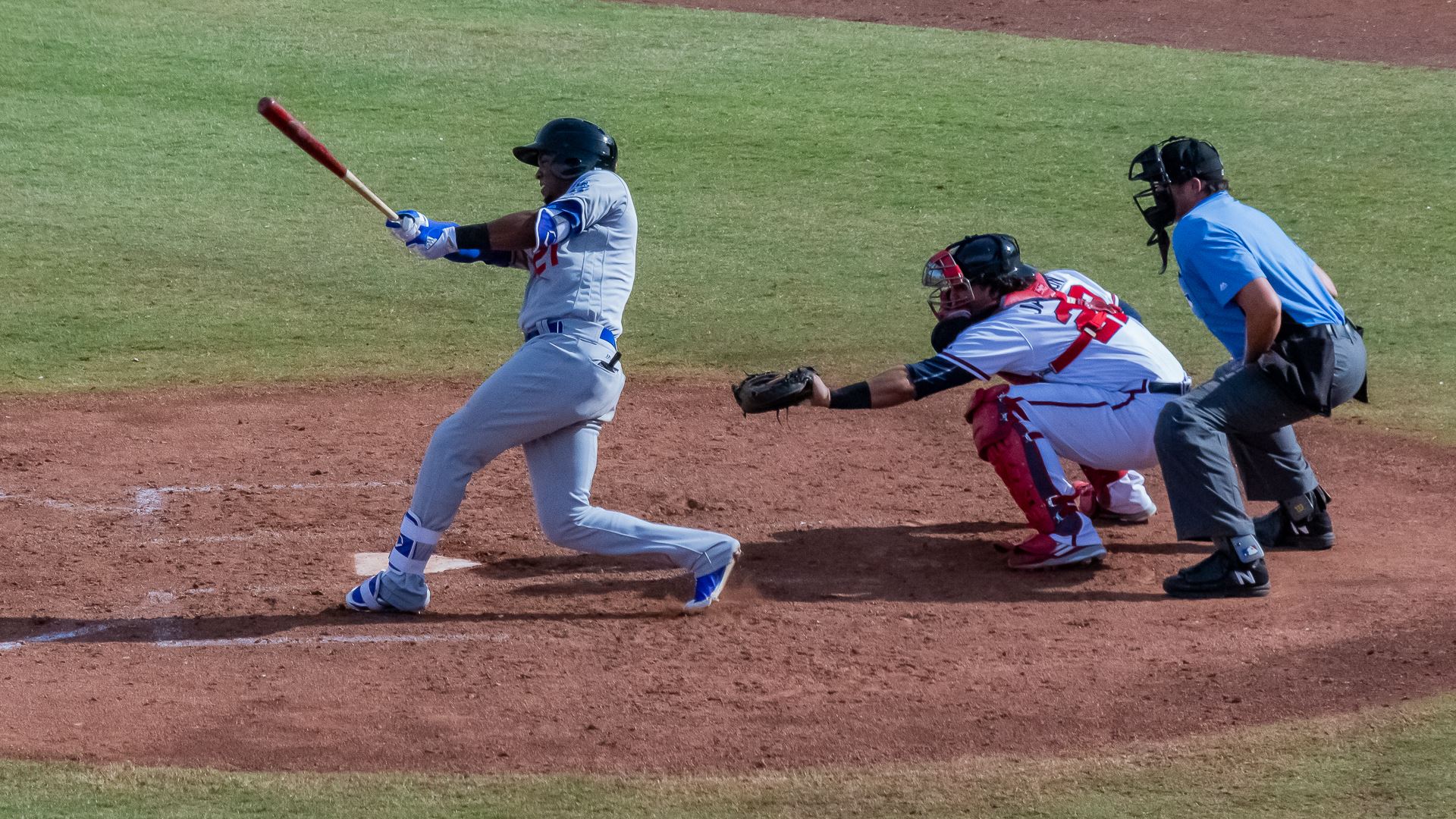 Today’s game began at 12:35 PM. I arrived at the ballpark early, several minutes before noon, because I’d never been to the Peoria Sports Complex before and I wanted to make sure I arrived in time to be seated for the first pitch. The weather for today’s game was partly cloudy and comfortably warm at 80 degrees, and there was almost no wind.

The outcome of today’s game was settled very early. The visiting Glendale Desert Dogs scored 4 runs in the top of the first inning. Glendale added to their lead in the fourth and fifth innings and held a 7-0 lead after 5 innings. Peoria scored late with 2 solo homers in the eighth inning, but that was not enough. Glendale defeated Peoria by a final score of 7-2. Box Score

As I’ve learned to expect with the Arizona Fall League, the pace of the game was quick. The two teams combined for 9 runs on 15 hits and made 10 pitching changes, but the game lasted only 2 hours and 24 minutes.

When the ballgame ended at 3:00 PM, I drove back to Scottsdale. I made one stop in Scottsdale for groceries and I was back at my hotel at 4:30 PM. I spent the rest of the day and evening relaxing in my room.