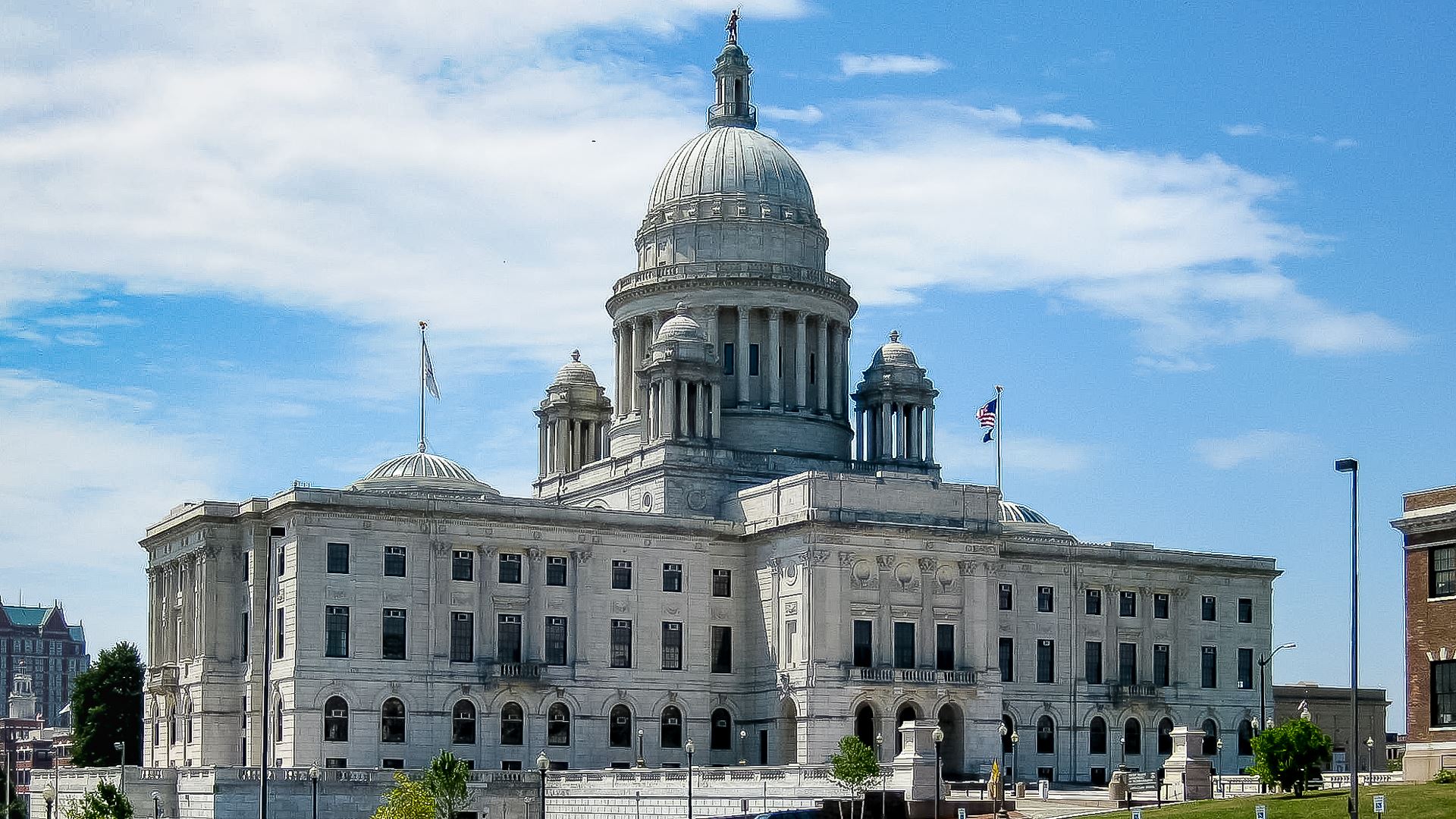 Today we made a quick visit to Rhode Island. We entered Rhode Island from the west, via Connecticut, and exited Rhode Island to the east at Seekonk, Massachusetts where we checked in to a motel.

Rhode Island is a tiny state so it didn’t take long to pass through it from west to east, even with a brief stop in Providence to see the Rhode Island State House.

We could have attended a ballgame in Rhode Island on this evening, at Pawtucket, but we opted to pass on the ballgame. The Pawtucket team plays in the class AAA International League, and that is our least favorite level of minor league ball. There are too many old players in class AAA leagues. We enjoy seeing the young prospects in class AA and class A leagues.