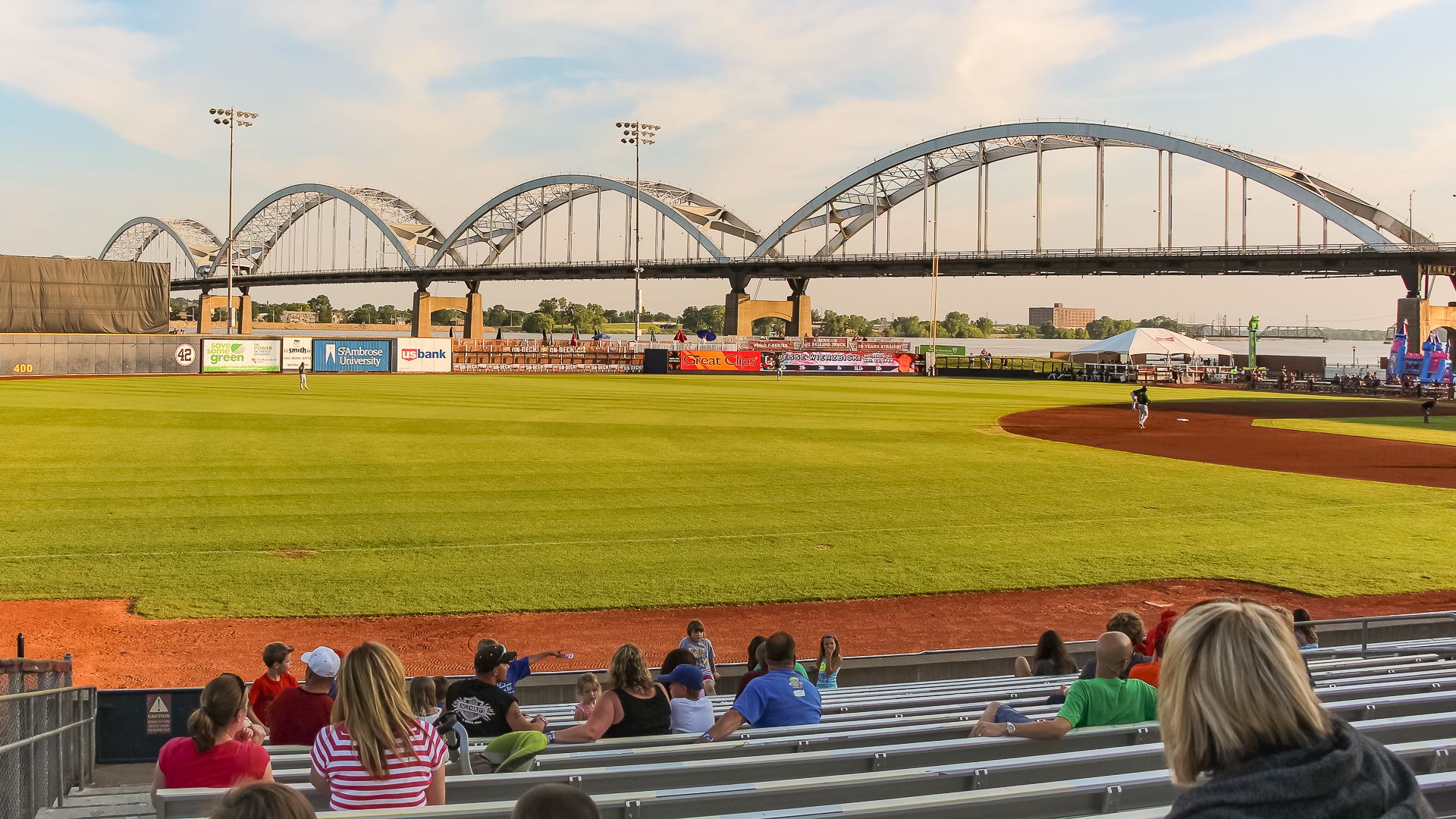 This evening, in Davenport, Iowa, we attended our fifth Midwest League ballgame of this trip as the Quad Cities River Bandits hosted the Clinton LumberKings. The ballpark in Davenport is on the west bank of the Mississippi River. The river level is quite high now, and at the ballpark you can see where the water has risen above the flood wall and into the street.

As we were in line at the ticket booth to buy tickets for tonight’s game, a lady with extra tickets gave us 3 tickets for tonight’s game. She said that she couldn’t sell them and she didn’t need them, so she might as well give them away. We thanked her, and accepted the tickets. She warned us that she didn’t know if the tickets were for good seats. We told her that we’d sit in the bleachers, not in the assigned seats on her tickets, so the quality of the seats didn’t concern us.

Quad Cities fell behind 6-1 after 5 innings. Then the River Bandits made a strong comeback and won the game by scoring a single run in the bottom of the ninth. The final score was Quad Cities 7, Clinton 6. Box Score

Tomorrow, we’ll leave the Quad Cities and head to Burlington, Iowa where we’ll attend our final Midwest League game of this vacation.