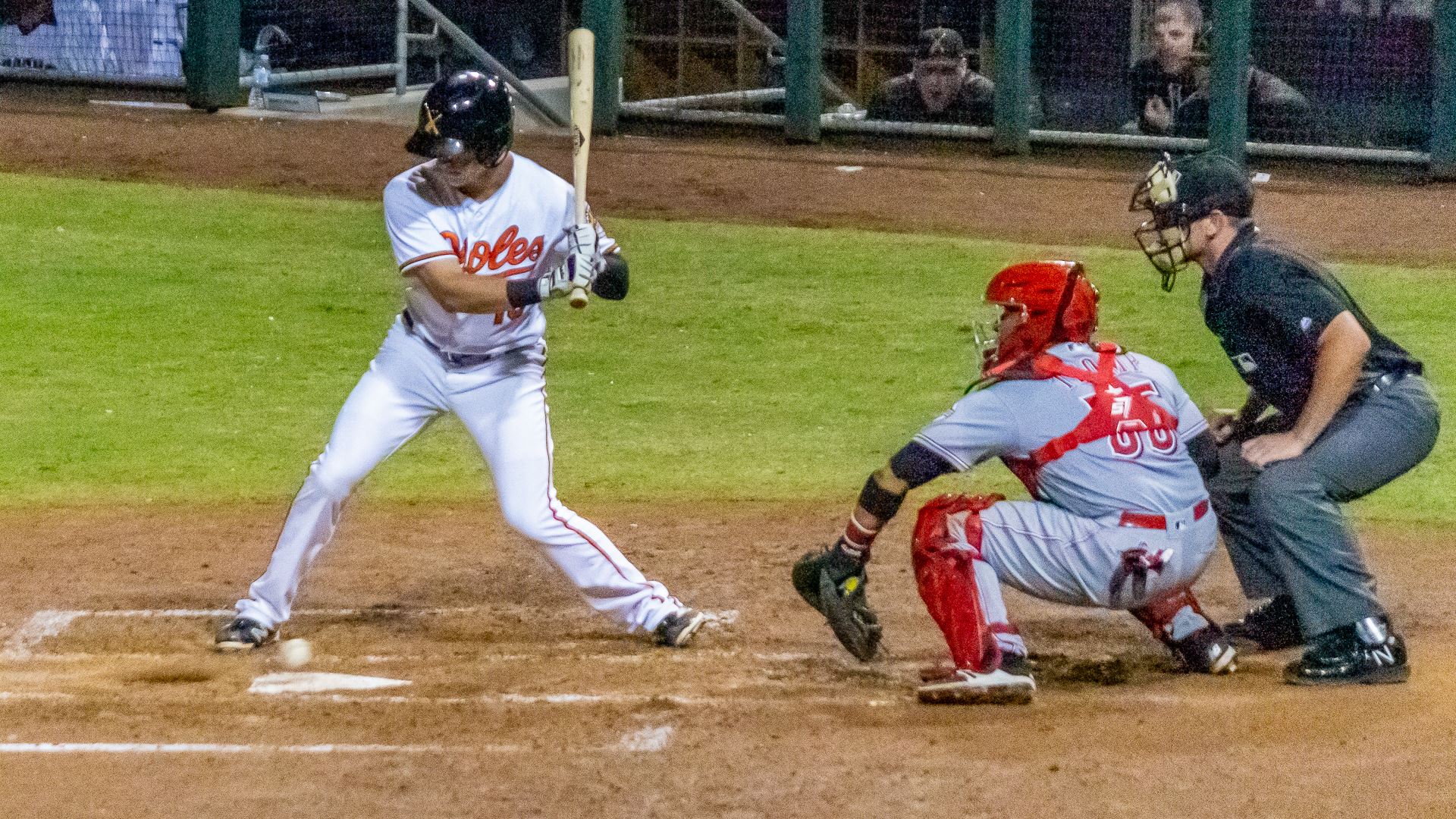 Three days ago I attended the 2017 Fall Stars game at Salt River Fields, and tonight I am back again to watch the Salt River team play. Salt River is the only Arizona Fall League team that I hadn’t seen play during this vacation, but I’d see them play tonight.

Tonight’s game was my final ballgame of my vacation. The Salt River Rafters hosted the Scottsdale Scorpions. The game was a fast paced pitcher’s duel. Salt River score twice in the 6th to take the lead and neither team score again. Salt River defeated Scottsdale 3-2 in a game lasting 2 hours and 33 minutes. Box Score

After the ballgame I hustled back to my hotel. This was my final night in Arizona. Tomorrow I’ll check out of my Scottsdale hotel, return my rental car at the Phoenix airport, and catch an afternoon flight home to Oakland.