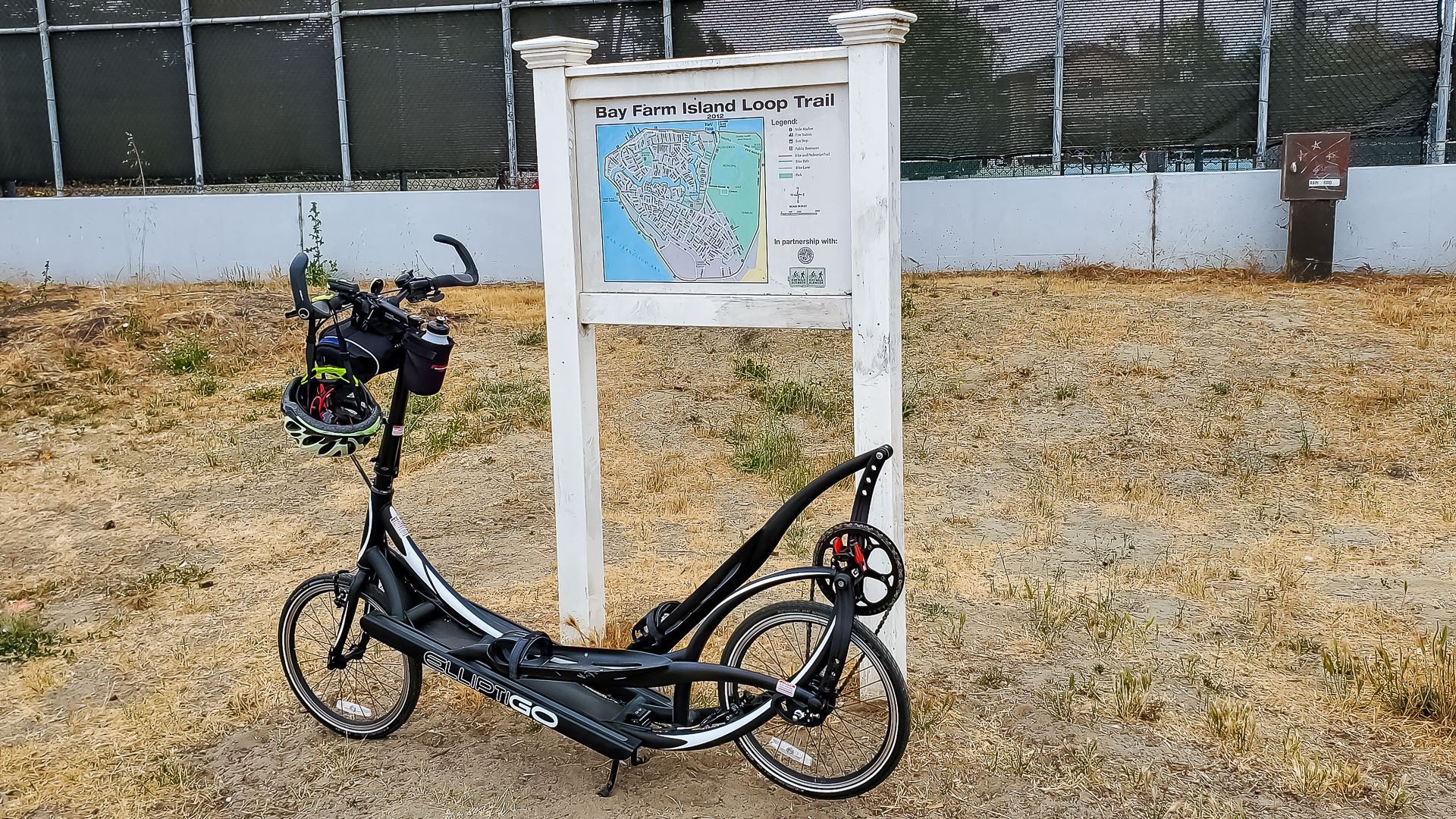 Yesterday, my brother Mark and I brought our ElliptiGo bicycles to Oyster Bay Regional Shoreline in San Leandro. We rode north on the San Francisco Bay Trail from Oyster Bay in San Leandro to the Bay Farm Island Loop Trail in Alameda. Then we turned around and rode south to return to our starting point at Oyster Bay.

It was a great day for a ride, despite the strong winds. The skies were mostly cloudy and the temperatures were in the low 60s. Several sections of the trail on the Bay Farm Island Loop Trail are in fairly rough shape and would benefit from new asphalt, but most of the trail is in good shape.