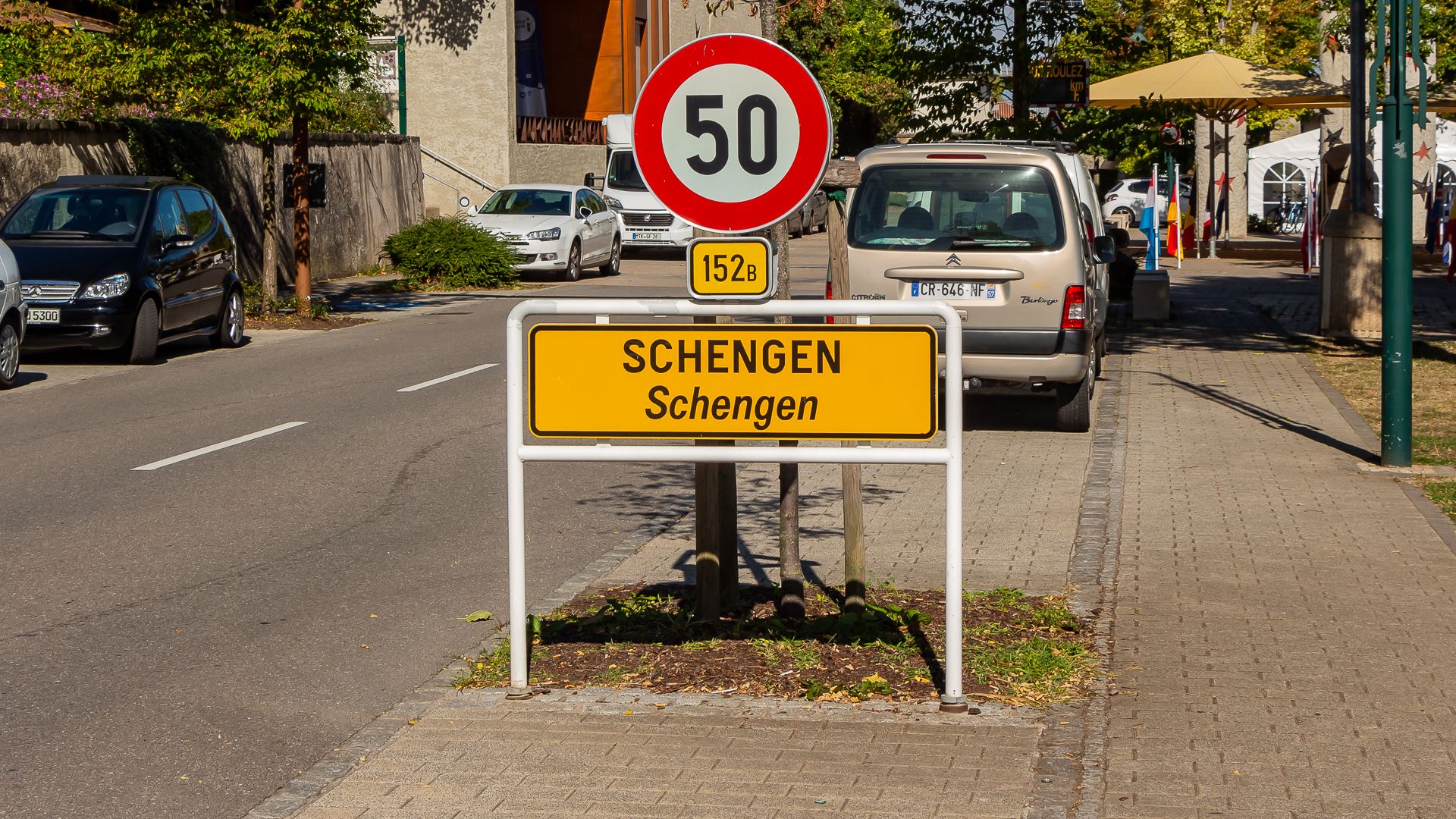 After our morning visit to Luxembourg City, we hopped back into our car and made a short southeastern drive to Schengen, Luxembourg.

Schengen is located in the southeastern corner of Luxembourg, on the Moselle River, at the point where Luxembourg, France, and Germany meet. This region is known as ‘The Country of Three Frontiers’, so we’d have another opportunity to snap some border photos.

Schengen is famous for the historic Schengen Agreement that permits people to move freely from country to country within most of Europe without border controls and passport checks. A small European Union museum in Schengen celebrates the Schengen Agreement and helps educate uninformed visitors like us.

We spent about an hour in ‘The Country of Three Frontiers’ and Schengen, and then we drove southwest to return to France.