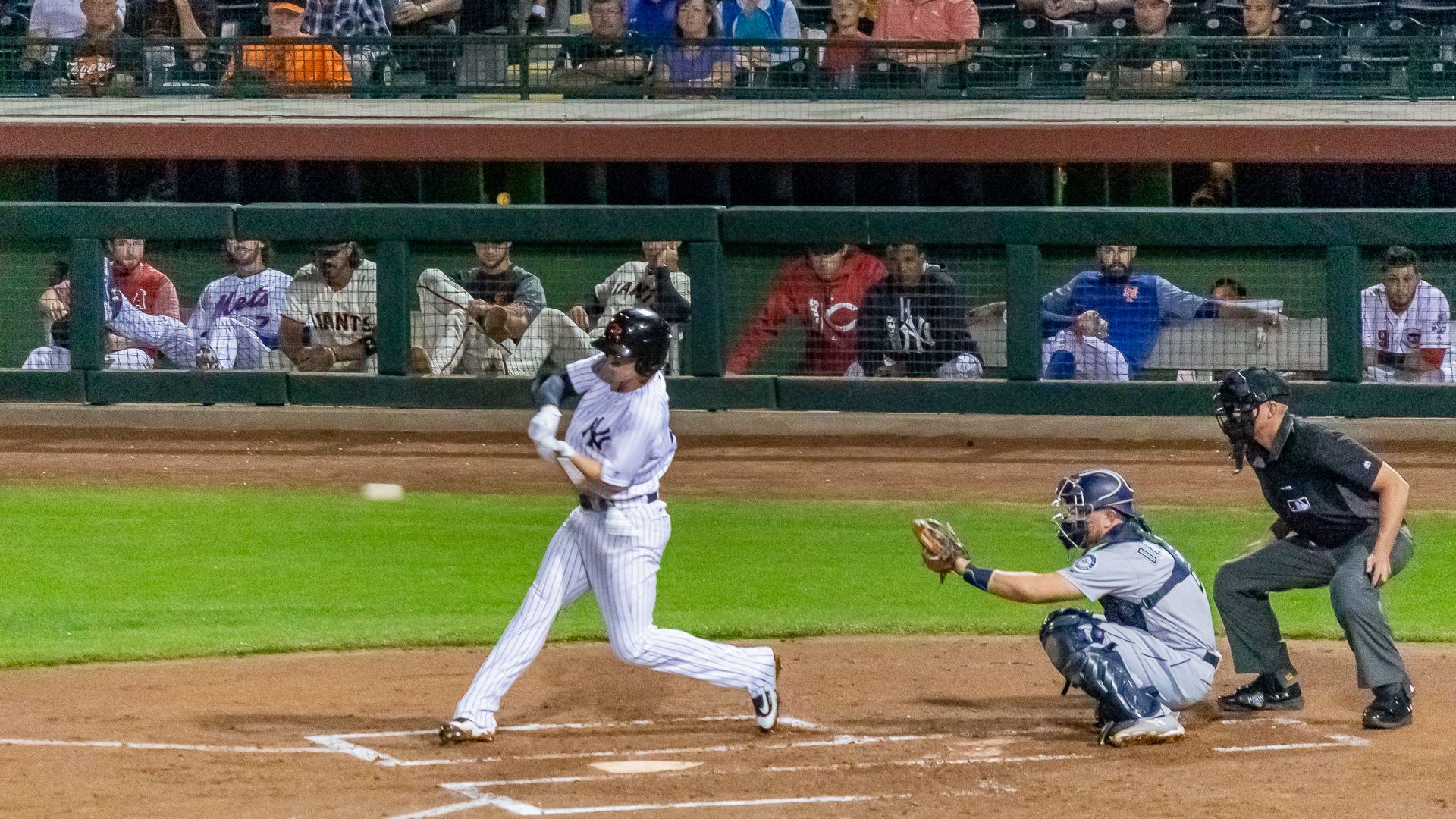 This evening I made a short drive from my hotel to downtown Scottsdale where I attended a ballgame. The Scottsdale Scorpions hosted the Peoria Javelinas at Scottsdale Stadium, the spring training home of the San Francisco Giants. The stadium is only 4 miles from my hotel.

I arrived at Scottsdale Stadium at 6:00 PM and parked in the convenient free parking garage adjacent to the ballpark. The first pitch was at 6:35 PM. The weather was clear, warm, and comfortable. In a pre-game ceremony, Washington Nationals pitcher Max Scherzer was inducted into the Arizona Fall League Hall of Fame.

As usual in the Arizona Fall League, the pace of tonight’s ballgame was outstanding. The two teams combined for 6 runs on 21 hits and made 7 pitching changes, and the game lasted only 2 hours and 26 minutes. I wish Major League Baseball games would progress that quickly.

After the ballgame I returned to my hotel and called it a day. Tomorrow, I’ll head to Peoria to attend an afternoon game.