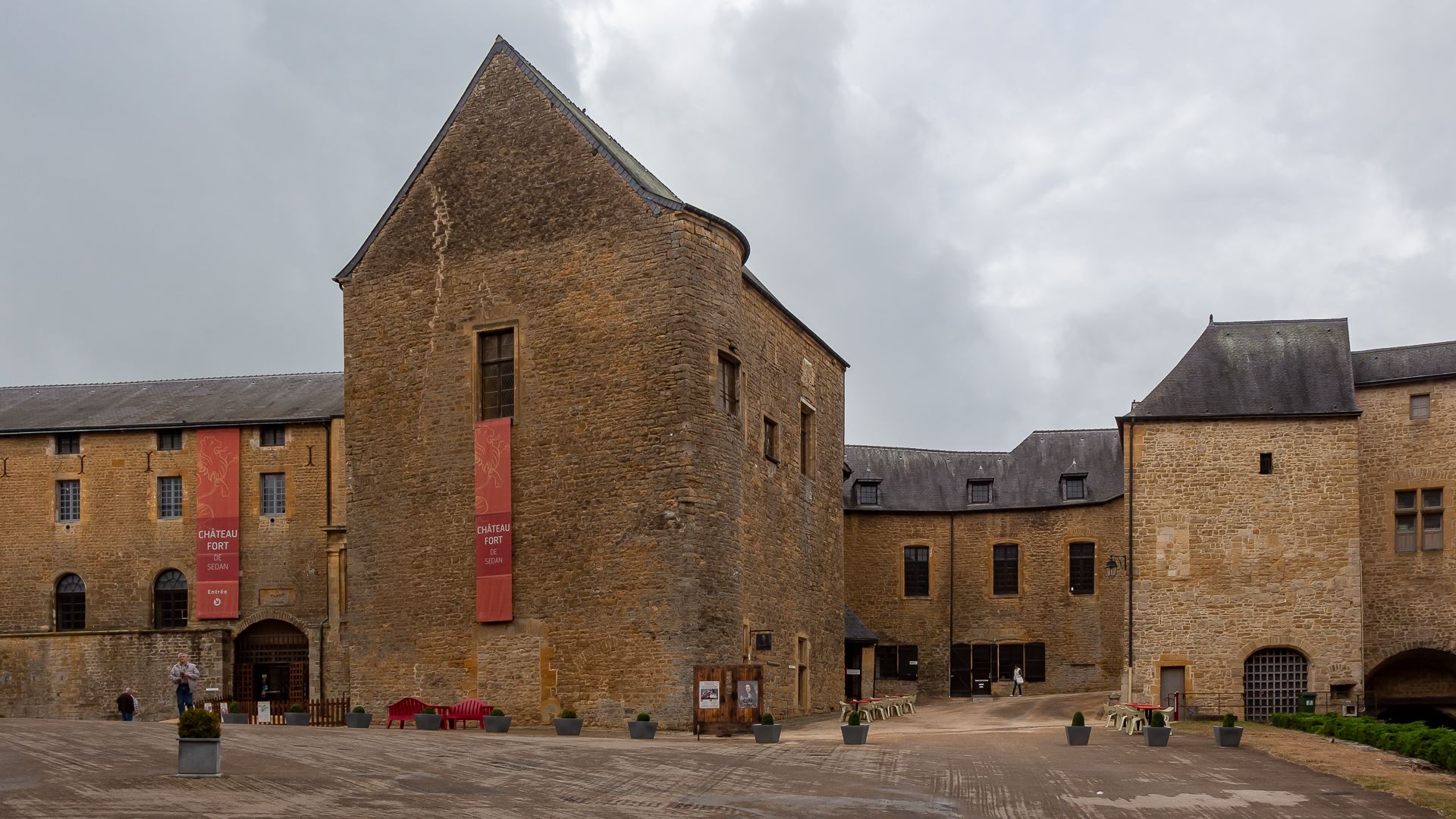 Today we made a day trip to Sedan, France to visit the Chateau Fort de Sedan. Americans would call it the Sedan Castle. The castle is allegedly the largest existing castle in Europe.

Although our hotel is in France, in Yutz and our destination, Sedan, is also in France, the quickest and most direct driving route goes through Luxembourg and Belgium.

The city of Sedan has a rich military history, but it is not a glorious history from the French point of view. Sedan was the scene of two of the most decisive and embarrassing defeats of the French Army on French soil.

In 1870, during the Franco-Prussian War, France’s Emperor Napoleon III was taken prisoner by the invading Prussian forces during the First Battle of Sedan. The emperor’s abdication, and the collapse of France, soon followed.

In World War II, in 1940, German forces broke through the French lines and crossed the Meuse River during the Second Battle of Sedan. The Nazi victory at Sedan allowed German tanks to race across open French territory and reach the English Channel, trapping a huge Allied force at Dunkirk, and leading to the fall of France.

The Chateau Fort de Sedan did not play a major role in either of those tragic French defeats at Sedan.

We spent a couple of hours exploring Chateau Fort de Sedan. When we left Sedan to head back to our hotel in Yutz, we avoided the freeway and took the scenic rural route. Along the way, we’d make one more stop.