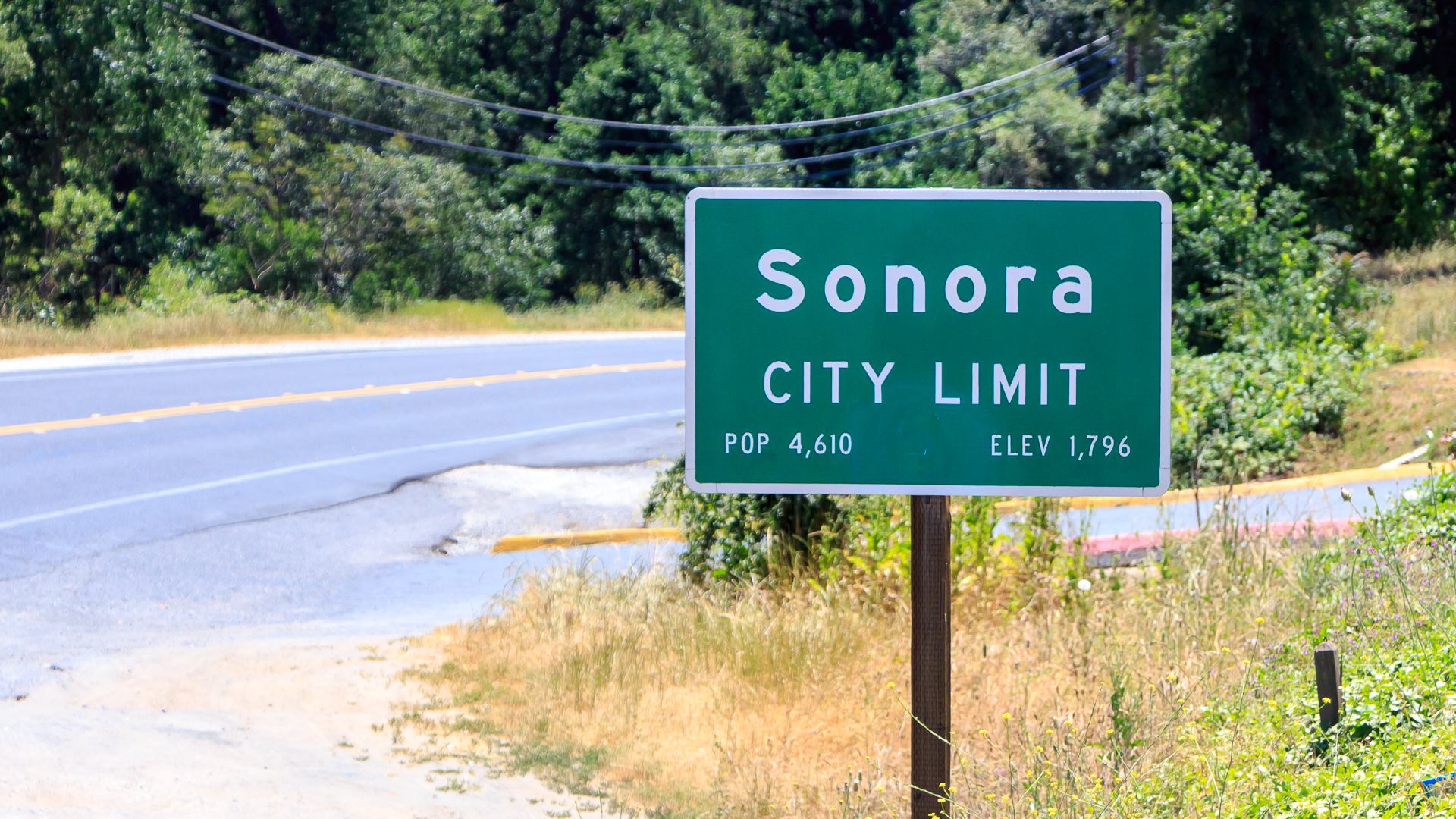 After I left Twain Harte, I drove southwest to Sonora before heading on to Murphys and Angels Camp. I stopped briefly in Sonora to take a few photos. Sonora was a boom town during the Calfornia gold rush days, but now it thrives on tourism. Sonora is the only incorporated city in Tuolumne County.

As with many communities in California’s Mother Lode, gold mining was the driving force behind Sonora’s early development. By 1849 the population of the town was approximately 5,000 and that remains the approximate population today.