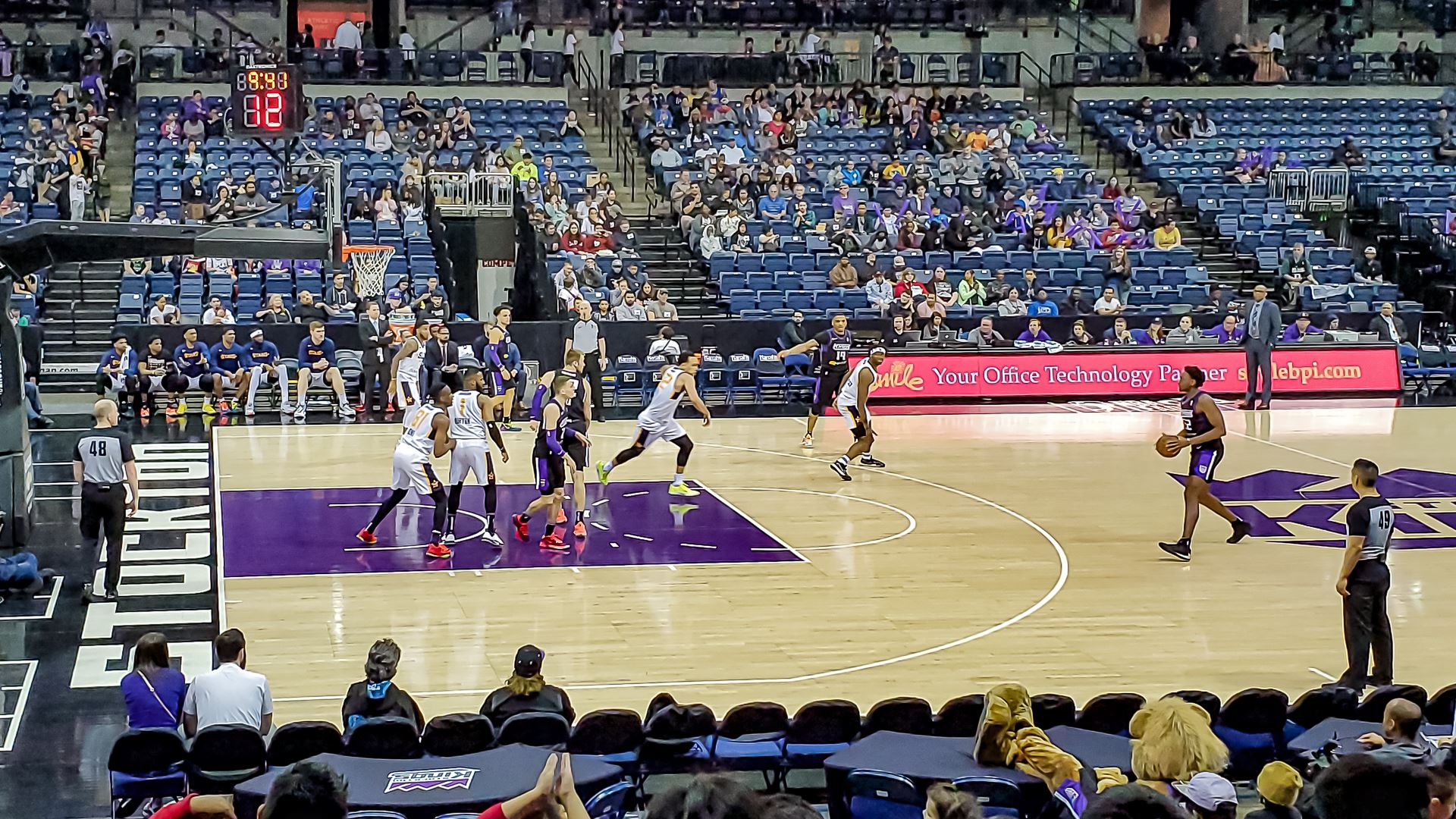 This was our first visit to the Stockton Arena. It is a nice venue for a basketball game. The arena opened in 2005 and it still has the look and feel of a relatively new building.

I’m sharing a video brief video clip of the inside of the arena, during pregame warm-ups, with no sound. Copyrighted music was blasting away inside the building, so I had to remove the audio from my video.

Today’s basketball game was fast-paced and exciting. The G League players are skilled and hungry professionals, and they know that every move that they make is scouted, filmed, evaluated, etc.

Unfortunately for the home fans, the Stockton players seemed a step slow today and they were routed by the visiting Salt Lake City Stars. Stockton’s interior defense was awful throughout the game. Salt Lake City made 58 percent of their shots, and they made almost half of their 3 point attempts. Salt Lake City showed a lot more hustle and effort than Stockton, and Stockton struggled to cope with Salt Lake City’s size. The final score today was Salt Lake City 128, Stockton 99.

We had a great time at today’s Stockton Kings game. If they’d schedule more games to tip off in the morning, like today’s game, I’d attend more frequently. I won’t attend any evening games in Stockton.