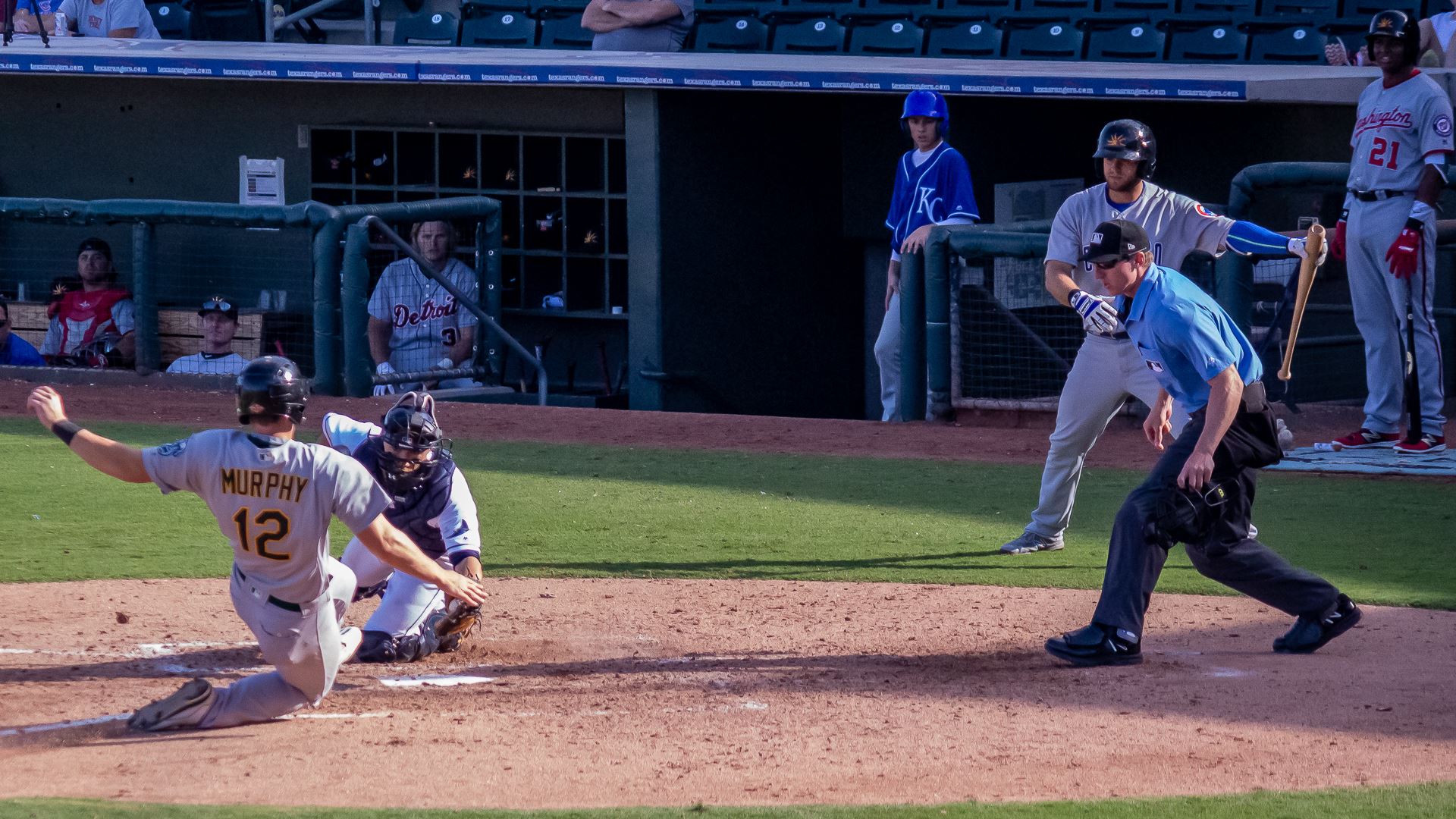 The Surprise Saguaros are 1 of 6 teams in the Arizona Fall League, which is a showcase for the top players in minor league baseball. All 6 teams in the Arizona Fall League are located in the Phoenix metro area. During my week in the Valley of the Sun, I’ll attend 1 game at each of the league’s 6 ballparks. This afternoon’s game featured the Mesa Solar Sox and the Surprise Saguaros. The ballpark in Surprise is the spring training home of the Texas Rangers and Kansas City Royals.

The game was a pitcher’s duel for 7 innings and then both team’s bats woke up for the last 2 innings. Mesa defeated Surprise by a final score of 8-5. Box Score

In today’s game, the two teams combined for 13 runs and 22 hits but the total game time was less than 3 hours. In the major leagues, where there is no pitching clock, a game with this many hits and runs and pitching changes would probably last 4 to 4.5 hours.