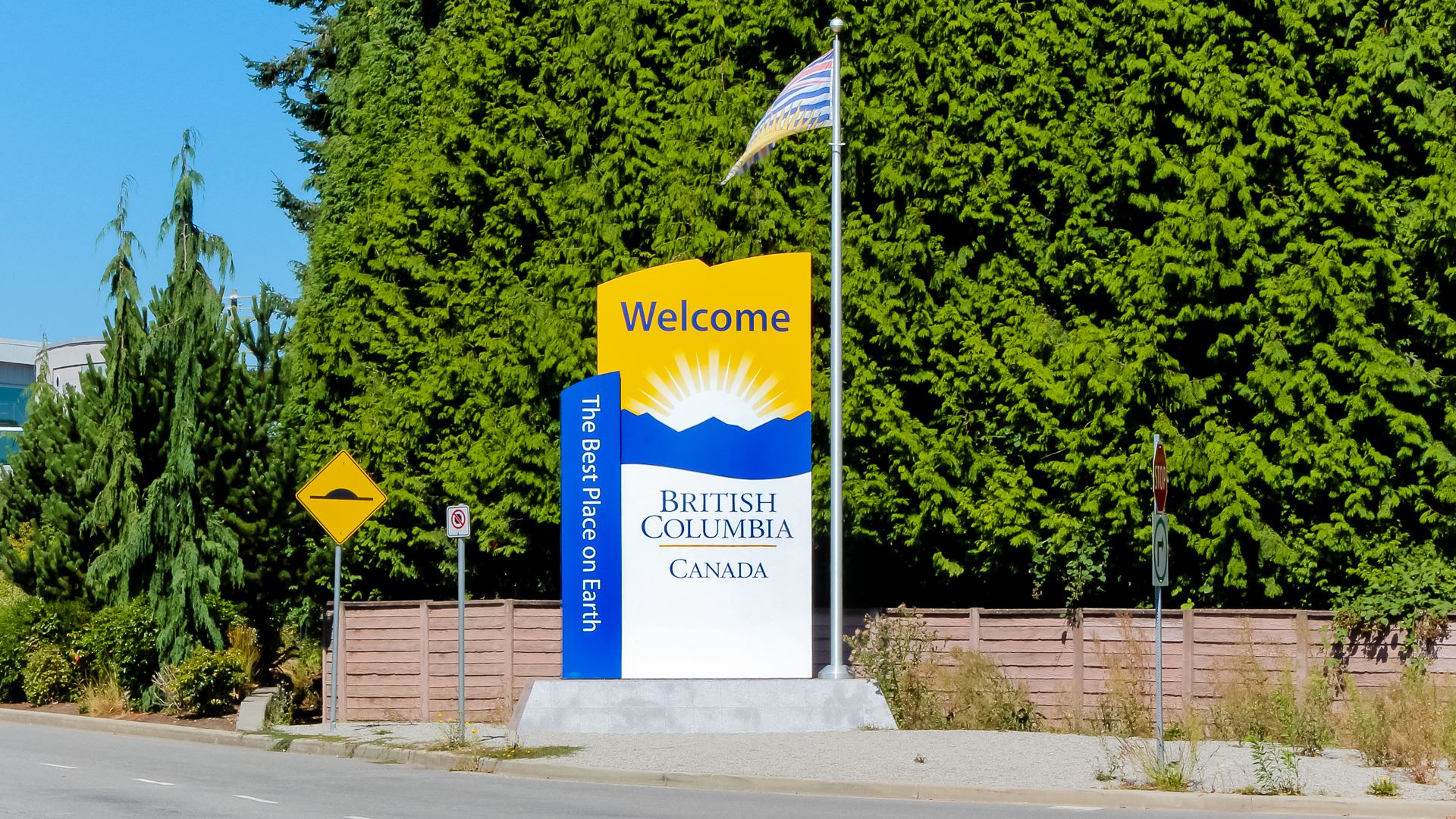 This morning we checked out of our motel in Everett, Washington and drove north to Vancouver, British Columbia, Canada. We had a sunny and warm day for our drive, and traffic on I-5 was light so we reached the Canadian border quickly.

As we entered British Columbia, Canada, the wait time at the international border crossing was only about 40 minutes. After driving through the immigration and customs checkpoint, we stopped at the British Columbia Visitor Center to grab some Canadian currency and snap a few photos. Then we continued our drive to Vancouver.

We arrived at our hotel in Vancouver at 3 PM. Then we walked across the street to BC Place, Vancouver’s football and soccer stadium, to buy tickets for a Canadian Football League game on Thursday night. At 6 PM we drove to Nat Bailey Stadium to attend a Vancouver Canadians minor league baseball game. Unfortunately, the game was unexpectedly sold out because fans flocked to the ballpark tonight to receive free bobble head dolls.