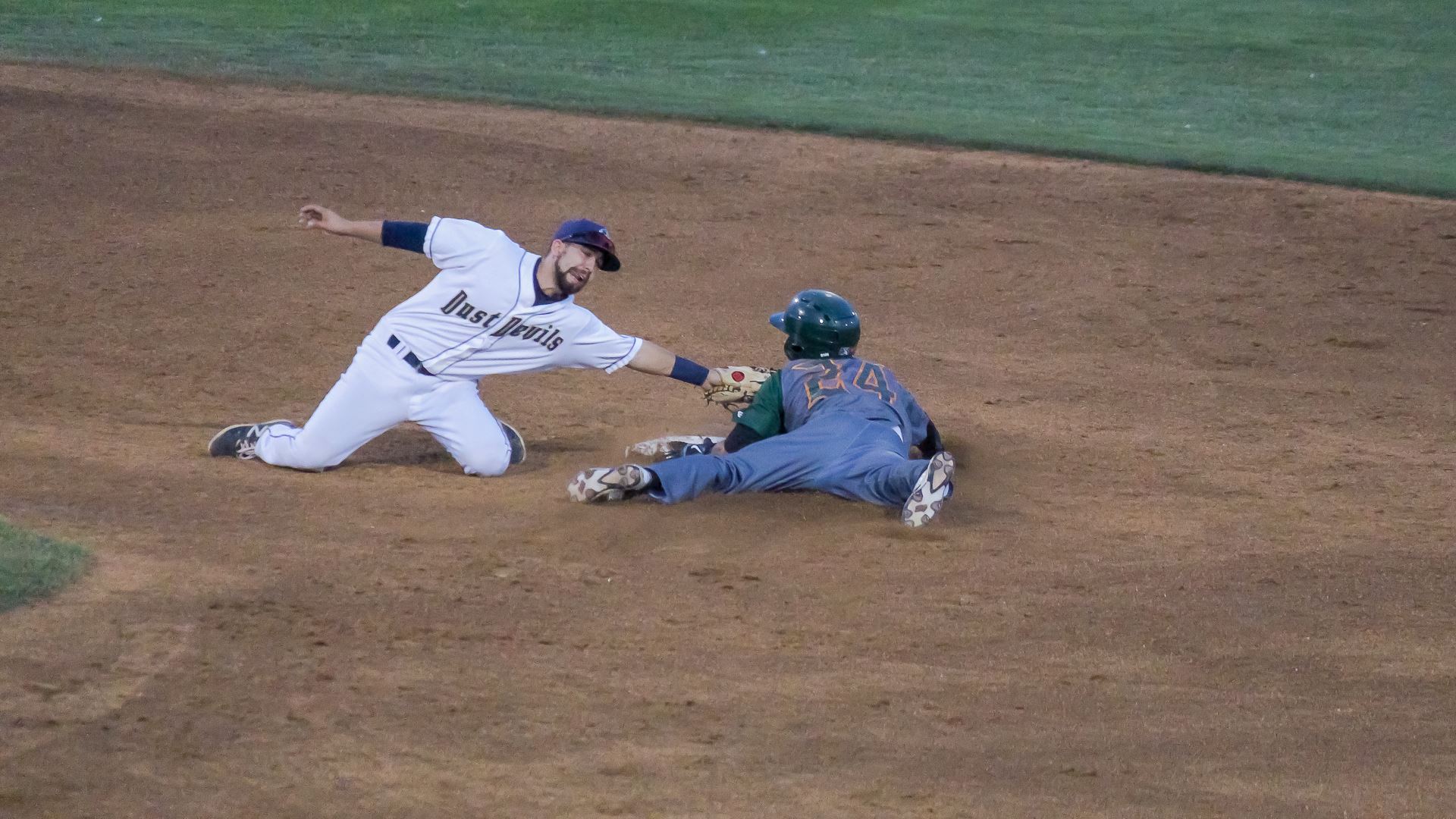 The Tri-City Dust Devils defeated the visiting Boise Hawks. The final score was 11 to 4. Box Score

We had a great time at the ballgame, although the pace of play was quite slow. The game lasted 3 hours and 27 minutes. That would be typical for a major league ballgame, with longer breaks between half-innings for TV commercials, but minor league ballgames don’t usually last that long. There were a lot of runs scored tonight and that causes a long game, but a few of tonight’s pitchers were extremely slow workers and that caused the game to drag on slowly at times.