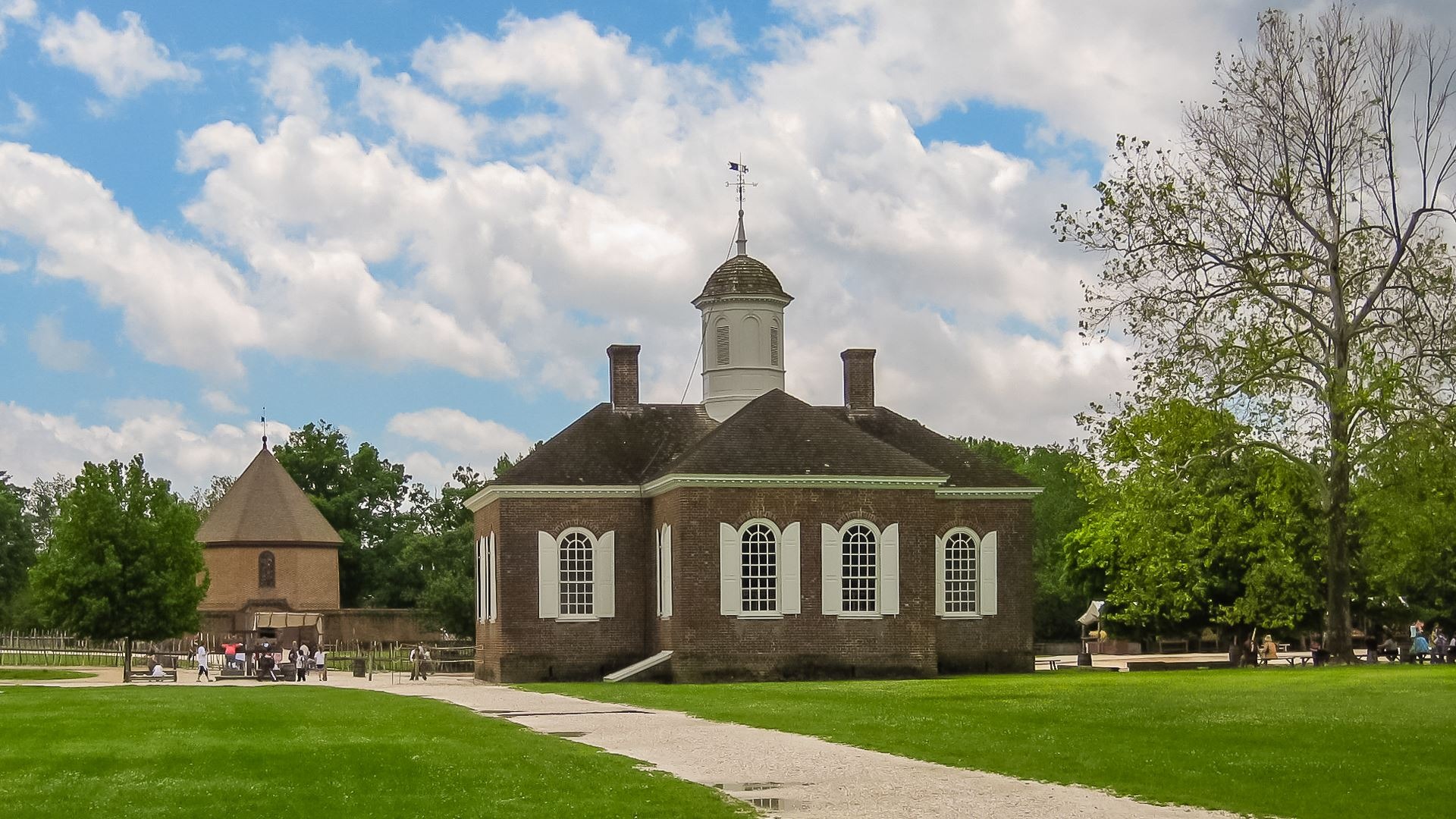 We checked out of our motel in Lynchburg, Virginia at 7 AM and drove east to Norfolk, Virginia. The plan was to head directly to Harbor Park in Norfolk to see a 11:30 AM doubleheader and then after the ballgame drive 1 hour to spend the late afternoon and early evening hours sightseeing in historic colonial Williamsburg, Virginia. Things did not go according to plan.

This day was the low point in my battle with a heavy cold and fever. I wanted to stay awake during the morning drive from Lynchburg to Norfolk in order to see the countryside, but I struggled to stay awake. I slept through almost half of the drive to Norfolk. As we approached the Norfolk area we were greeted by a steady rain.

We were pretty sure that Norfolk would get the ballgames underway, eventually, after one or more rain delays. However, we didn’t want to waste the day getting soaked and sitting through rain delays when there were other things we could do. We decided to blow off the doubleheader in Norfolk and put the afternoon hours to better use at historic colonial Williamsburg.

We drove out of Norfolk without stopping and made our way to Williamsburg, arriving there at noon. This was too early to check in at our motel, so we drove directly to the visitor center at historic colonial Williamsburg. We’d see the sights there and then check in to the motel afterward.

We spent about 90 minutes sightseeing, taking pictures, and walking the streets in old Williamsburg. This day was the warmest and most humid of our entire vacation, and it was also the day that my illness peaked, so I became fatigued very quickly while walking about in Williamsburg.

At 2:00 PM we were finished sightseeing in historic colonial Williamsburg. We walked back to the visitor center and made the short drive to the Comfort Inn and checked in to our rooms there.

After checking in to our motel rooms, I had to crash for a long nap. I could feel my fever starting to break. Mark, Rob, and Joe hopped back into our van and went to lunch somewhere in Williamsburg while I had a deep sleep at our motel. When I woke up in the early evening, I discovered that they brought me a burger and fries from Five Guys. That was much appreciated.

We didn’t have a ballgame to attend on this night. The day had been long and a little humid, and we had done a lot of driving, so we spent the evening relaxing in our motel rooms. I needed the rest more than the others did, but I think everybody was ready to relax a little. Joe and I took advantage of the laundry machines at the motel and washed some of our clothes.